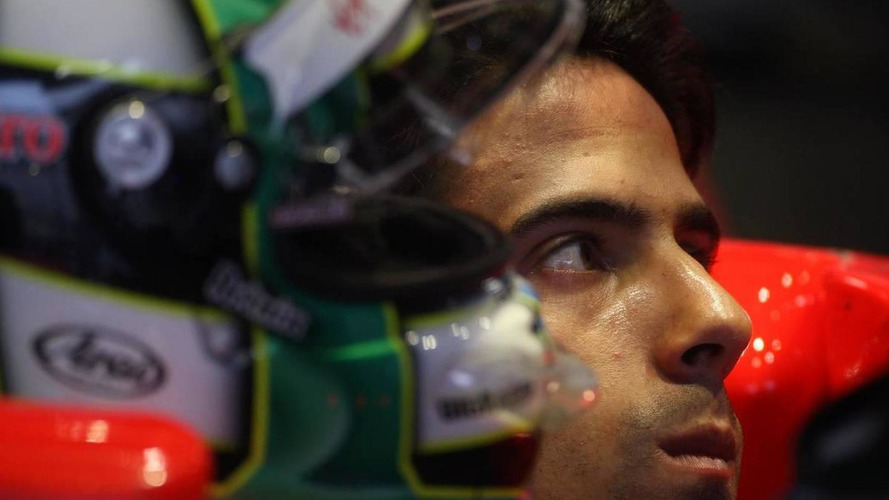 Lucas di Grassi has admitted there is a risk he will not stay with the Virgin team beyond the 2010 season.

Lucas di Grassi has admitted there is a risk he will not stay with the Virgin team beyond the 2010 season.

The Brazilian made his debut with the new British team this year, but the Belgian newspaper La Libre is reporting that Dutchman Giedo van der Garde will almost certainly replace him for 2011.

Earlier, it was expected that Belgian Jerome d'Ambrosio, currently a Friday morning driver in di Grassi's car at grands prix, had secured enough sponsorship to buy the cockpit.

"There is no threat from them," di Grassi, quoted in the O Estado de S.Paulo newspaper, answered when asked about the spectre of pay-drivers.

"If it was up to them (Virgin), they would continue with the same drivers," he added, also referring to his current teammate Timo Glock.

"But we know that it depends on other factors as well -- financial (ones), yes," added di Grassi, 26.

La Libre said van der Garde is expected to sign the 2011 contract this weekend at Interlagos, having come up with almost twice as much personal sponsorship as d'Ambrosio.

Meanwhile, also in Sao Paulo on Wednesday, Bruno Senna commented on reports he could switch from HRT to Lotus next year.

"There is nothing certain with regards to 2011, my focus now is to finish this championship in the best possible way," he told Brazilian media.

"There are still plenty of decisions yet to come," added Senna.