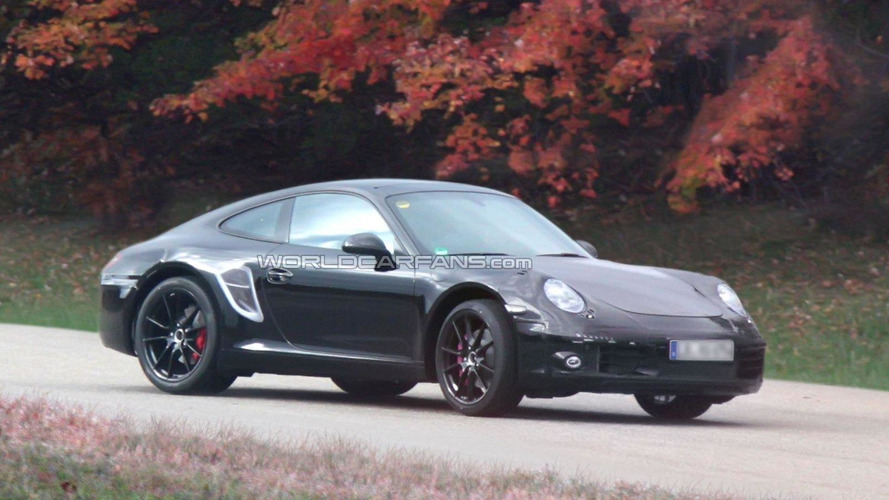 Here are the latest and some of the best shots yet of the next-generation 2012 Porsche 911.

Porsche has been testing prototypes of the next 911 for nearly two years now and this current set of pics reveals both cabrio and coupe prototypes wearing far less camo than we've seen before.

Of course, the 911 is staying close to its iconic shape, but these prototypes show new details, particularly at the rear with a new design line between the set of lights. There's also a new adjustable spoiler there and we can see how it is up in some of the photos.

For improved efficiency, the next-generation 911 will come with a stop/start system and regenerative braking as a standard feature.