Massa confirms he will help Alonso in Brazil 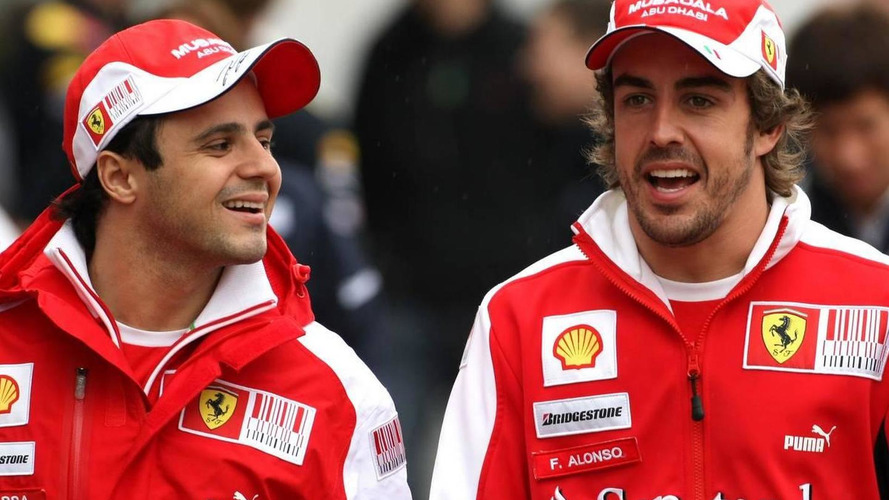 Felipe Massa has confirmed that if he can help Fernando Alonso to reinforce his lead in the drivers' world championship this weekend, he will.

Felipe Massa has confirmed that if he can help Fernando Alonso to reinforce his lead in the drivers' world championship this weekend, he will.

"If it depends on me, then for sure (I will help)," he is quoted as saying in Brazil by the news agency EFE.

Massa, who was controversially ordered aside for his Ferrari teammate at Hockenheim in July, is a specialist of his local Interlagos circuit and a crowd favourite.

But he concedes the Italian team's desire to put its full weight behind Alonso's title charge.

"I'm a professional. I did it already in 2007," added Massa, referring to his then teammate Kimi Raikkonen's successful championship campaign alongside him three years ago.

Team boss Stefano Domenicali has confirmed this week that Alonso and Massa will return to a position of equality in 2011.

When asked if Spaniard Alonso is the best teammate he has had at Ferrari, he answered emphatically: "No. I've had three (teammates) all at the same highest level.

"I don't need to say anything about Schumacher because his career speaks for itself. Kimi was also excellent. I see all three of them on the same level.

"Alonso has had a better season than me and has been more competitive. It has not been my best year, not only with the results but also the problems I have had in qualifying warming up the tyres.

In additional comments published by the Globo newspaper, Massa said he thinks his Brazilian fans will understand his position at Interlagos this weekend.

"I think the public has always treated me very well, not only the day before what happened in Germany, but also the day after.

"The journalists, no. But the public, yes -- always. I am sure the fans will be great and I will do my best to give them a good result," added Massa.

Gallery: Massa confirms he will help Alonso in Brazil