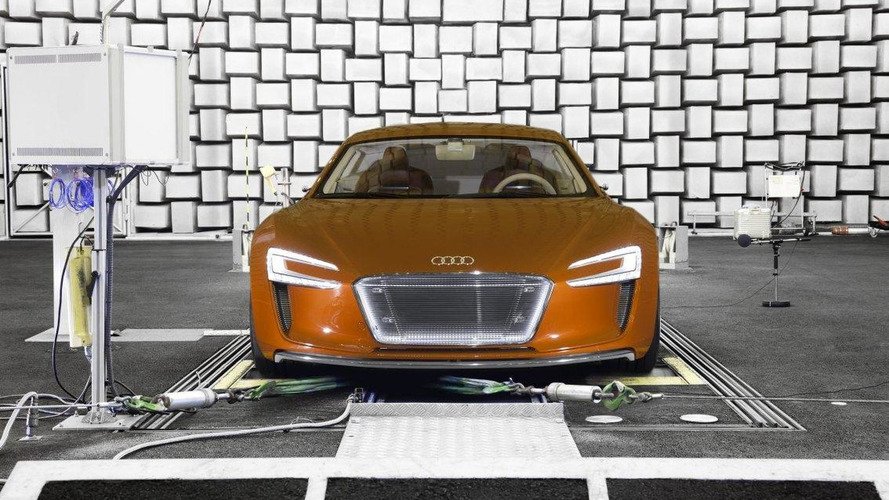 Audi looking to develop a sound specific for its electric cars. EVs don't emit much sound up to 25 km/h (15.5 mph) which can be dangerous for pedestrians.

The premium German brands don't like to leave much to chance and it's automakers like Audi, BMW and Mercedes-Benz that work very hard on getting just the right engine sound for their models.

Now, Audi has announced it is working on a sound design paradigm for its upcoming slate of electric vehicles.

The problem with electric cars is that at up to 25 km/h (15.5 mph) they make practically no sound at all, which can feel odd to the driver and be dangerous for pedestrians. There are laws on the books in Japan and the United States meant to protect the visually impaired from silent cars. And electric cars past that 25 km/h limit have only the sound of the slipstream and rolling tires for the driver to hear.

So Audi is working on a soundscape design, using the e-tron model as a prototype, that will give some noise to its future all-electric vehicles.

Audi doesn't want to simply mimic the sound of an internal combustion engine. The automaker is developing a sound design that's in concert conceptually with a electric vehicle.

"The sounds used for space ships in films are reminiscent of car sounds, yet are also very different, making this a rather interesting approach," says Dr. Ralf Kunkel, Head of Acoustics at AUDI AG. "But the sound will be new and unusual. The Audi RSQ from the Hollywood film I, Robot gives an indication of how an Audi might sound in the future."