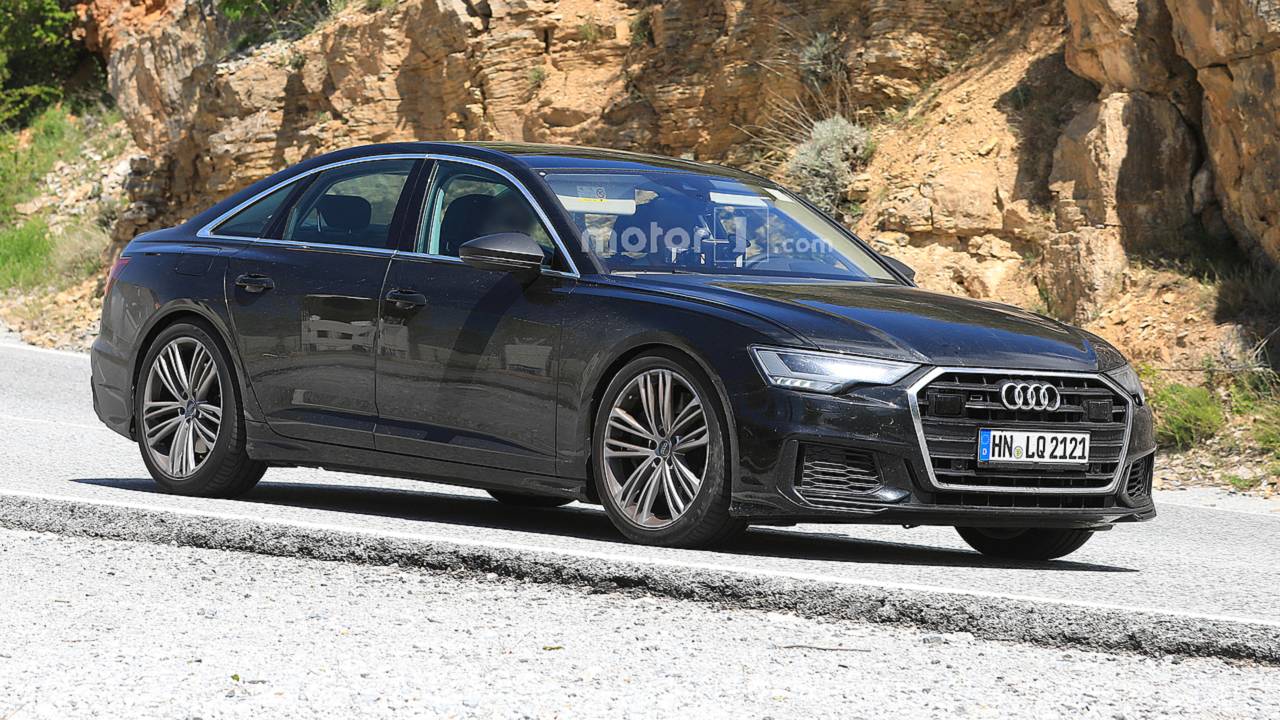 Here it is in all its glory.

We told you back in March, days after Audi unveiled the 2018 A6 at the Geneva Motor Show, that you shouldn’t have to wait too long for the performance-oriented S6. Now fast forward three months to today, and you’re probably looking at your watch and tapping your foot with impatience. We’re still waiting for the S6 to be official. However, it seems now more than ever the S6’s release is imminent – and by imminent, we mean sometime next year. Don’t shoot the messenger.

When we caught a glimpse of the Audi S6 testing days after the A6 reveal, photos of the S6 showed the car covered inn black-and-while camouflage. Today’s recent gallery of spy photos shows the car completely uncovered. There’s nothing hidden here. Then again, it’s not like the S6 is any huge departure from the new design introduced on the A6.

Changes are minor between the A6 and S6. The hotter four-door sedan receives a slightly more aggressive body kit, unique S-specific wheel designs, and a quad exhaust system that’s a staple of all of Audi Sport’s S models. The S6 will also have a lower ride height than your usual A6 offering. Other than those small changes and badging, telling the A6 and S6 apart will be difficult for the uninitiated.

Inside, expect the S6 to carry over the A6’s design unchanged. There will likely be badging differences and some differences in available trim materials, but that’s about it.

There will be one noticeable change, but only if you open the hood. The 450-horsepower biturbocharged 4.0-liter V8 will be replaced with a smaller V6 unit. However, the new mill should produce more horsepower while delivering better fuel economy and overall better performance. If you want a V8, you will need to upgrade to the RS6.

We should see the Audi S6 debut late this year or early next year before going on sale next year as a 2019 model.