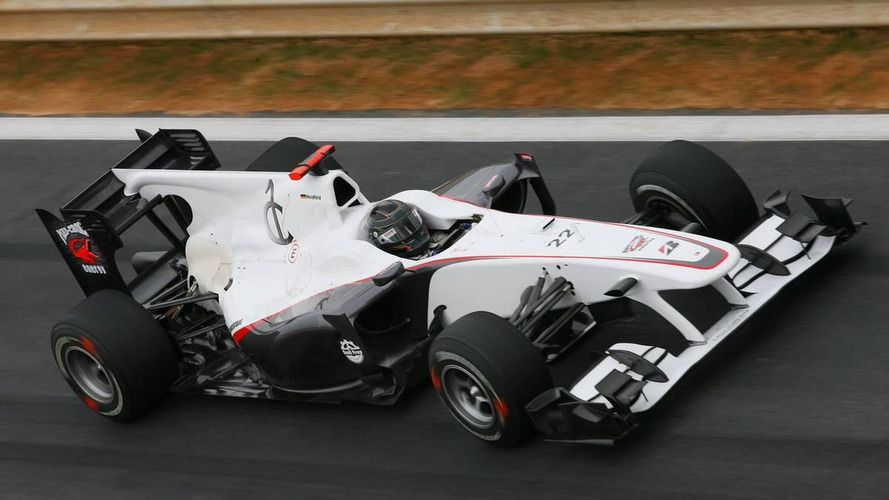 Nick Heidfeld on Monday said he is losing out on the straights compared with his teammate Kamui Kobayashi.

Nick Heidfeld on Monday said he is losing out on the straights compared with his teammate Kamui Kobayashi.

The pair are driving identical Sauber cars, but the speed traps usually show Japanese Kobayashi with better ultimate speed in a straight line.

Heidfeld, 33, joined the Swiss team after serving test driving roles with Mercedes and Pirelli this year, and he is currently on the lookout for a full-time job for 2011.

In his three races alongside rookie Kobayashi so far, the German has been out-qualified two times, and is yet to finish a race higher than the Japanese.

Heidfeld said on his official website nickheidfeld.com that his speed deficit compared with Kobayashi is due to his "engine situation".

He took over ousted predecessor Pedro de la Rosa's allocation of eight engines for 2010, after the Spaniard suffered several problems with his Ferrari units.

"Therefore the remaining engines have to cover a lot of extra miles," said Heidfeld.

"This unfortunately leads to an engine power loss due to having 'older' engines, which is the reason for losing out on acceleration and top speeds," he added.