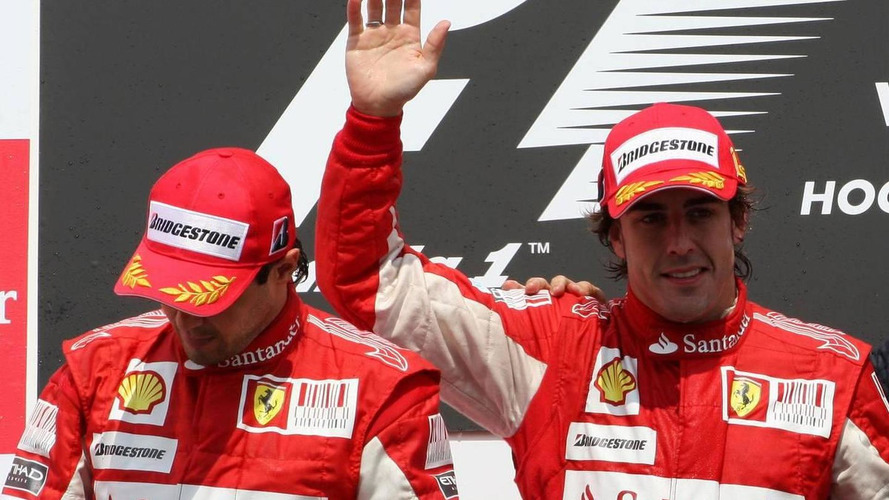 Even if Fernando Alonso wins the 2010 world championship, his Ferrari teammate Felipe Massa will not be relegated to a full-time supportive role next year.

Even if Fernando Alonso wins the 2010 world championship, his Ferrari teammate Felipe Massa will not be relegated to a full-time supportive role next year.

That is the claim of the famous Italian team's boss Stefano Domenicali, even though Brazilian Massa was playing a subordinate role to Alonso's title push even before his own title chances were mathematically over for this season.

Domenicali said Ferrari drivers race primarily in the interests of the Maranello based team.

"Our drivers have to know what is in the interest of the team," he said in an interview with the Folha de S.Paulo newspaper.

"I can confirm that Felipe will be able to start from scratch in 2011, but always knowing that Ferrari is the most important," added Domenicali.

He denied that Massa's problems have only been about Bridgestone's tyres in 2010.

"I trust him completely and want to make clear that he is a great team player and a great driver," said the Italian.

"I think that when you do not have a perfect season, you have to look at yourself and react. Felipe knows that the team is with him. He knows we are here to make him the best driver he can be.

"I don't think his performance is related only to the tyres. We have to put all the pieces together and try to understand the reasons for him not having the best possible season," added Domenicali.