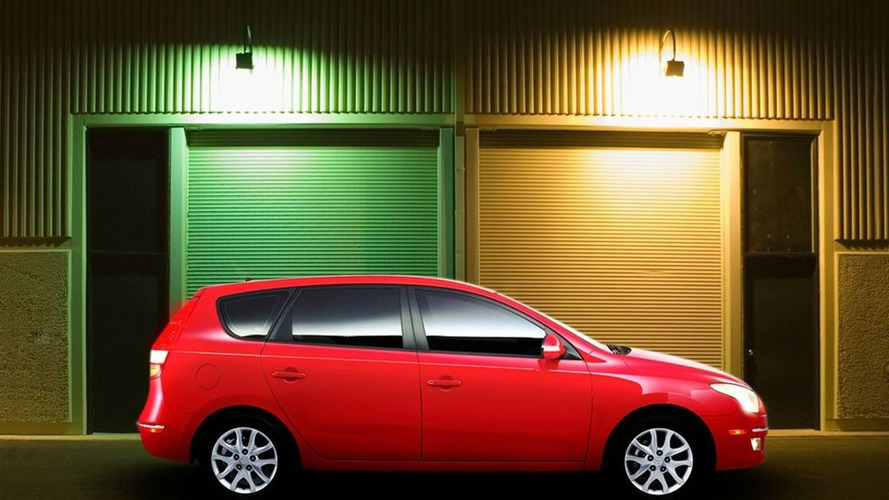 Hyundai's not-so-subtle Elantra Beach Cruiser custom car, which bowed at last year's SEMA show, was a subtle way to introduce the Elantra Touring five-door that is scheduled to make its way to North America soon.  The production version of this car has been revealed at the Montreal International Auto Show.  The handsome five-door wagonette is already sold in Europe as the i30 CW, and the working parts are the same as those of the current Elantra:  a 141-horsepower 2.0 liter four-cylinder engine, a choice of five-speed manual or four-speed automatic transmissions, and front-wheel drive.

The five-door body doesn't bear much resemblance to the current Elantra sedan, with a more Honda-like grille and wrapped headlamps that hint at a facelift to the entire Elantra lineup some time in the coming year.   The interior is similarly updated in the Elantra Touring five-door.  Photos from the leaked Canadian brochure show a modern, handsomely appointed cabin.  An MP3-capable sound system with a USB plug is standard equipment.

Pricing and specific release dates haven't been announced, but the Elantra Touring is expected to bow later in 2008 as a 2009 model.