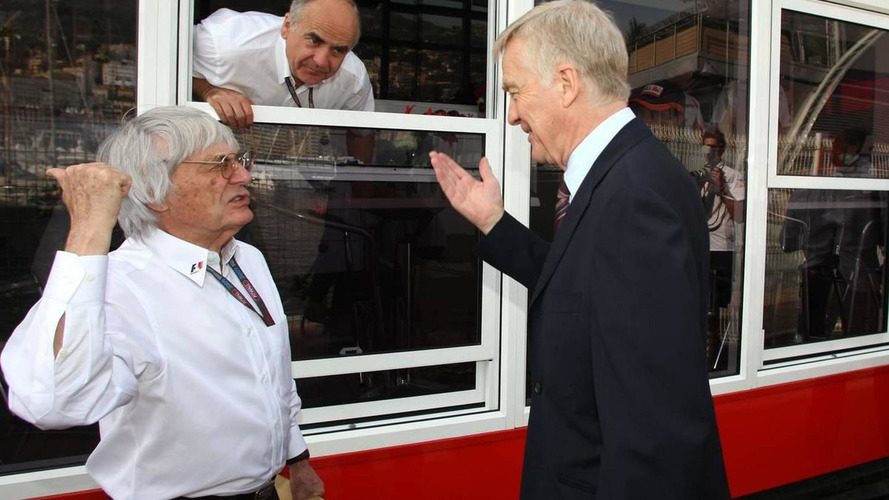 Max Mosley has played down reports he is preparing an attempt to return to power at F1's governing body FIA.

Max Mosley has played down reports he is preparing an attempt to return to power at F1's governing body FIA.

After a 16-year reign, the 70-year-old Briton hand-picked former Ferrari boss Jean Todt as his preferred successor as FIA president.

But rumours in recent days have pointed at discontent with Todt's rule so far, and a possible power coup headed by Mosley and supported by his long time sidekick Bernie Ecclestone.

F1 chief executive Ecclestone then fuelled the speculation by admitting on BBC radio he "didn't want Max to go and it would be nice to have him back".

"I don't think the teams would mind. If you asked anyone now if Max coming back as president of the FIA, if they would complain, I think they'd say no," added Ecclestone.

But Mosley responded: "I think my F1 days are finished and I've moved on to other things. One should never go back."

Asked specifically about the current paddock rumblings about a comeback, he told BBC's radio Five Live: "It's completely a rumour.

"It's a nice idea and very friendly to say 'come back' but the truth of the matter is it wouldn't be the right thing to do," he added.

"I pushed very strongly for Jean and I think he'll get the job done, and I want him to succeed because I'm responsible in part for him being there.

"The last thing really I would want to do is interfere with what he is doing now.

"He must be given a chance to run it in his own way, which obviously will be different to my way and might be better," he added.