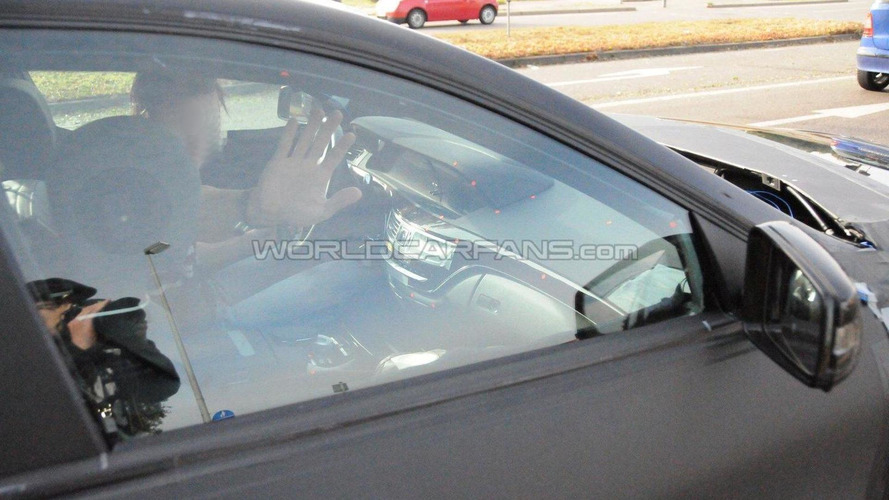 Mercedes-Benz appears to be testing cabin technology in this S-Class mule. Next-generation S-Class may be wider and longer than current model.

These are the latest spy shots of the next-generation 2012 Mercedes-Benz S-Class.

What we're seeing in these spy shots is still a mule, just like the last time, and it seems Mercedes is doing some heavy technology testing on this one since the driver is being accompanied by a robot. We know Mercedes-Benz likes to stuff its cars with technology but is this where they're headed - I Robot driving companions?

The dummy in the passenger seat has "ears" so maybe they're testing sounds or audio systems.

On the outside, there still isn't much to discern under the heavy camo. From previous spottings of S-Class prototypes we've manage to make out some body panels sporting styling cues from the current E-Class and that the next-generation S-Class may be wider and longer than the present model.

One thing for sure is that the S-Class will come with all the cutting-edge technology Mercedes-Benz can muster in time for its launch. Those include the 'MoVe' modular V6 and V8 engines, direct-injection and turbocharged, that Mercedes-Benz is developing to improve performance and efficiency and lower emissions.

We may also come to see a plug-in hybrid S-Class based on the Vision S 500 concept which features a 3.0 liter direct-injection V6 mated to a 44 kW (60 PS) electric motor that can deliver a fuel-economy rating of 3 liters/100 km (78 mpg) while still having a 0 to 100 km/h sprint time of under six seconds.