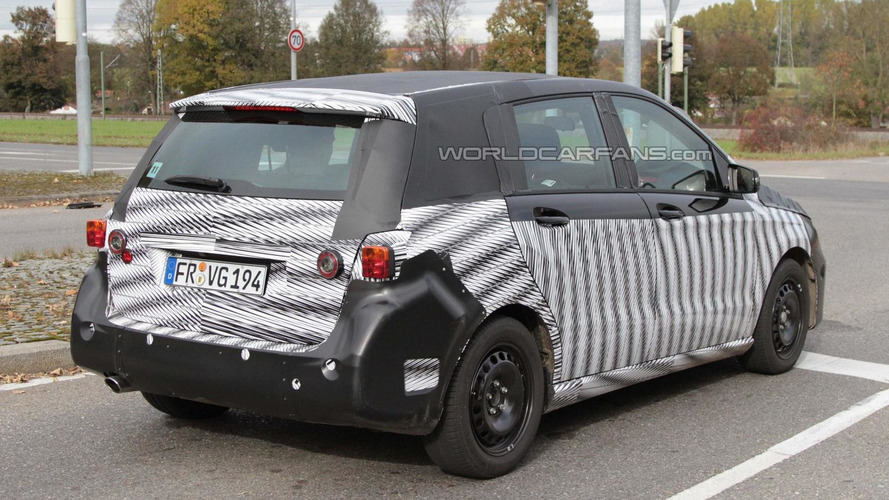 Decked out in a new form of psychedelic camouflage, the B-Class prototype looks virtually production ready expect for the mismatched taillights.

Our spies have managed to catch several new images of the 2012 Mercedes B-Class.

Decked out in a new form of psychedelic camouflage (as opposed to the swirly stuff used by Audi and BMW), the prototype looks virtually production ready expect for the mismatched taillights. As you can see, the car is slightly larger than the current model and features a GLK-inspired grille as well as a tailgate-mounted spoiler.

Engine options remain a bit of a mystery, but we can expect a variety of four-cylinder powerplants. Furthermore, AMG and EV variants are rumored but nothing is official as of yet.

Besides being available as a five-door hatchback, the B-Class lineup will expand to include a sedan, coupe, and crossover.