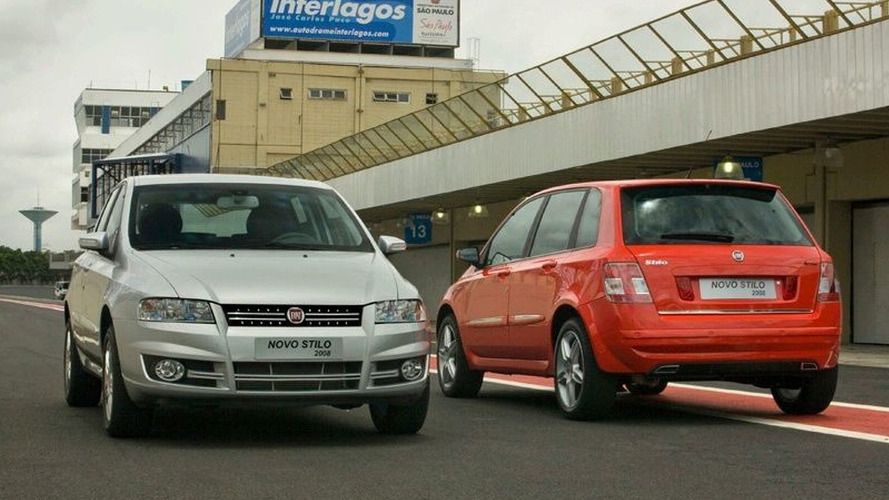 Now that the 2008 model has been presented, it is easy to see that the fresh look did not manage to tag along.

Fiat has presented in Brazil what it calls the “New” Stilo. This event was expected to take place last year and it was already a little late, since Europe was starting to get in touch with the Bravo – and enjoy it. Although the company has never said the car was going to be presented in 2007, all sources, from a large number of specialized journalists, claimed the same. So did the market: it was really important for the car to get a fresh look, since its sales were slowing down quite fast. Last year, Stilo was the mid-size hatchback with the worst sales figures in the country.

Now that the 2008 model has been presented, it is easy to see that the fresh look did not manage to tag along. The only changes are in the grille, rear mirrors and taillights, and they are really subtle. In fact, any new appearance is reserved for the Brazilian version of the Bravo, which is already being developed in Betim, where Fiat plans to expand their current facilities into the biggest plant of the world.

Meanwhile, the Stilo will try to keep a reasonable market share by offering a good quantity of standard features, such as dual-zone air conditioning, power steering and cruise control, among others. Another important offer is the Dualogic gearbox. Automated gearboxes are relatively new in Brazil and have been presented for the first time last year, in the Chevrolet Meriva Easytronic. They might just become popular, since they are cheaper than common automatic transmissions and plenty of Brazilian drivers are seeking the comfort that they provide, especially in heavy traffic cities like Sao Paulo and Rio de Janeiro.