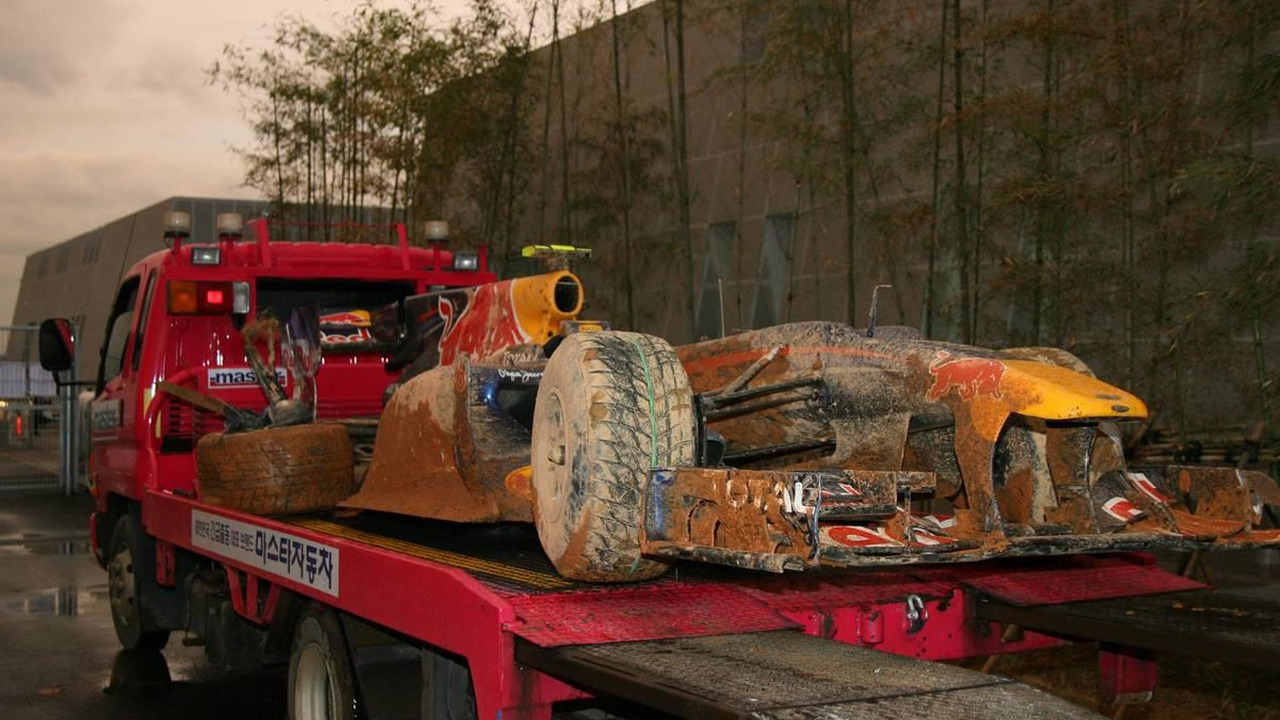 Christian Horner on Wednesday said it is "ridiculous" to suggest Mark Webber tried deliberately to take out his rivals after crashing in Sunday's Korean grand prix.

Christian Horner on Wednesday said it is "ridiculous" to suggest Mark Webber tried deliberately to take out his rivals after crashing in Sunday's Korean grand prix.

Former grand prix winner Gerhard Berger said on Tuesday that the Australian "could have hit the brakes" after crashing out of second place during the rain-hit race in Yeongam.

"Yes, I think that's very clear," said the Austrian. "It's very obvious, you can see his wheels are not locked up."

Webber actually collected the Mercedes of Nico Rosberg, but - according to Berger - he "would have preferred" to wipe title contenders Fernando Alonso or Lewis Hamilton out of the race.

Red Bull team boss Horner responded: "As with every incident in formula one, opinions will always be made without all the facts.

"Just to be absolutely clear -- Mark's intention was not to take out another driver after his crash and it's ridiculous to suggest otherwise," he told the Telegraph.

Horner admitted that Webber's RB6 was "badly damaged" after his initial contact with the wall, but his attempt to keep the car going was a "natural and immediate instinct" to get back into the race.

"It's absurd to suggest that Mark would ever deliberately take out another driver," added Horner.