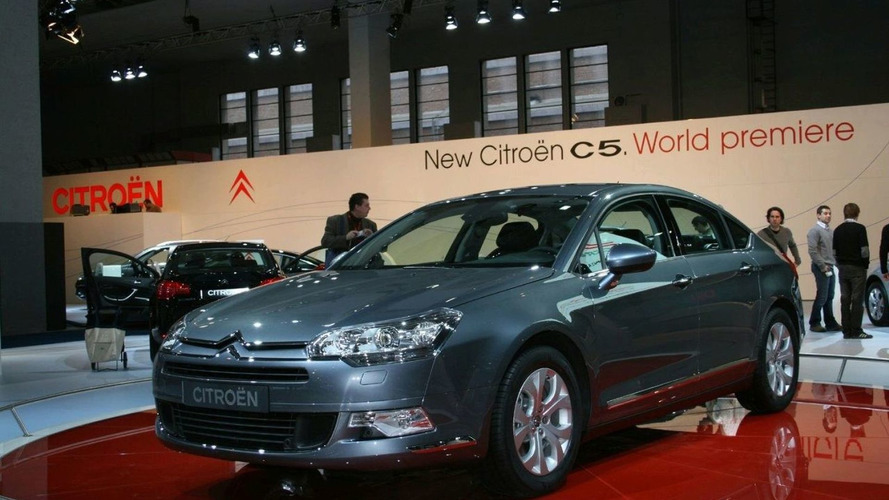 The new C5 is armed with a strong personality and all the vitality, prestige and quality it takes to become a long-term leader in the M2 segment of mid-upper range saloons.

Of course, most journalists had flocked to Detroit to witness and report on the biggest North American car show. No wonder that a Brussels Car Show world premiere has gone mostly unnoticed outside of the Benelux.

Two cars received special attention, the new Nemo Combi and the all new C5 saloon, which we had hoped to have seen at Frankfurt in September. The Citroen C5 is hoping to become a long-term leader in the M2 segment of mid-upper range saloons, ie Ford Mondeo, Renault Laguna and the upcoming Opel Insignia.

For the first time on the C5, since it uses the Citroen C6 running gear, it will be available with either the comfortable Hydractive 3 Plus suspension system or a metal suspension for a stiffer ride.

The Citroen C5 will be launched in spring 2008 and will be on offer with a wide choice of engines, both gasoline and diesel, uncompromising safety features and fancy technologies.