Not only that, but a couple of production-spec cars will be showcased.

Plug-in hybrid cars used to be rather boring not that many years ago, but things have dramatically changed since then and some of these partially electrified cars are truly enticing. A prime example would have to be the Polestar 1, a high-performance coupe that started out in life as a Volvo S90 Coupe before making the transition to the standalone Polestar brand. The car was originally unveiled mid-October 2017 and we’ll finally get to see it in action next month at the 2018 Goodwood Festival of Speed. 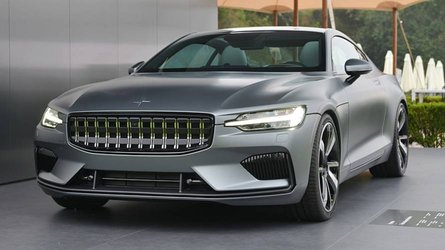 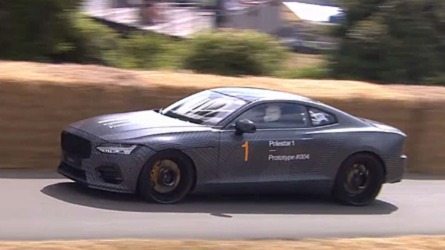 The car in question will be prototype #004 set to go up the hill climb with Polestar chief test driver Joakim Rydholm behind the wheel performing the model’s dynamic debut. If you’re more interested in seeing the final product, you’re in luck as FoS attendees will be given the opportunity to check out in the metal a couple of production-spec cars way before the start of customer deliveries scheduled for the middle of next year.

Set to be assembled at the new Polestar Production Centre in China, the Polestar 1 will offer not only a meaty 600 of electrified horses, but also the longest zero-emissions range on a production hybrid by covering 93 miles (150 kilometers) without sipping any gasoline. The gorgeous two-door coupe will be produced at first in only 500 examples annually due to an intricate build process.

Initially, Polestar will be offering its first production model only with a subscription plan, but the company will eventually sell the car the old fashioned way. Buying it outright is going to set you back a cool $155,000 in the United States, €155,000 in Europe, and 1.4 million yuan in China. That’s the price to pay for having a mountain-moving amount of torque at your disposal: 737 pound-feet (1,000 Newton-meters).

Following the rollout of the coupe, a considerably cheaper Polestar 2 pure EV will follow to take on the Tesla Model 3. It will be out before the end of the decade and is going to be joined by a fully electric crossover in 2020 when the Polestar 4 is also scheduled to debut, probably as a convertible.

Meanwhile, the Polestar 1 will be at the Goodwood Festival of Speed between July 12 and 15 and then it will head to the Monterey Car Week for its North American debut set for August 23-26.

51 Photos
By: Adrian Padeanu
++
Got a tip for us? Email: tips@motor1.com
Hide press releaseShow press release

The Polestar 1 is set to make its first dynamic appearance at the 2018 Goodwood Festival of Speed from 12-15 July. Festivalgoers will see prototype #004 of the two-door Electric Performance Hybrid charge up the famous hill climb, set in the grounds of Goodwood House in West Sussex, England.

Driven by Polestar chief test driver Joakim Rydholm, the drives are part of the continued global launch of the Polestar brand and the Polestar 1. It is an opportunity for enthusiasts and the public to get a closer look at the design and performance of the car as it continues its real-world performance, chassis and suspension-testing program.

“I am really excited to drive the Polestar 1 prototype up the hill at Goodwood,” enthused Joakim Rydholm. “Driving the hill climb has been a long-time ambition for me, and to be able to do it in the same prototype in which we’ve spent so many months of development time, is truly special.”

Polestar will also be present in the manufacturer area of the festival. In contrast to the camouflaged prototype, two production-specification Polestar 1 cars will be on display, representing yet another opportunity to experience the car in detail ahead of the first customer deliveries in mid-2019.

Thomas Ingenlath, Chief Executive Officer of Polestar, comments: “I’m thrilled that we’re going to be at the Goodwood Festival of Speed – it’s everything a big car event should be: full of passion, enthusiasm and a chance to get really close to the cars. The response to the Polestar 1 from the UK and northern Europe has been fantastic and we see this event as a vital part of our continued ‘global handshake’ with enthusiasts and our customers around the world. It’s a wonderful opportunity to meet so many people who share our passion for Polestar and the future of the brand.”

Following the Goodwood Festival of Speed, the Polestar 1 will make its North American debut at Monterey Car Week in California from 23-26 August.