Title support from Button 'would be fantastic' - Hamilton 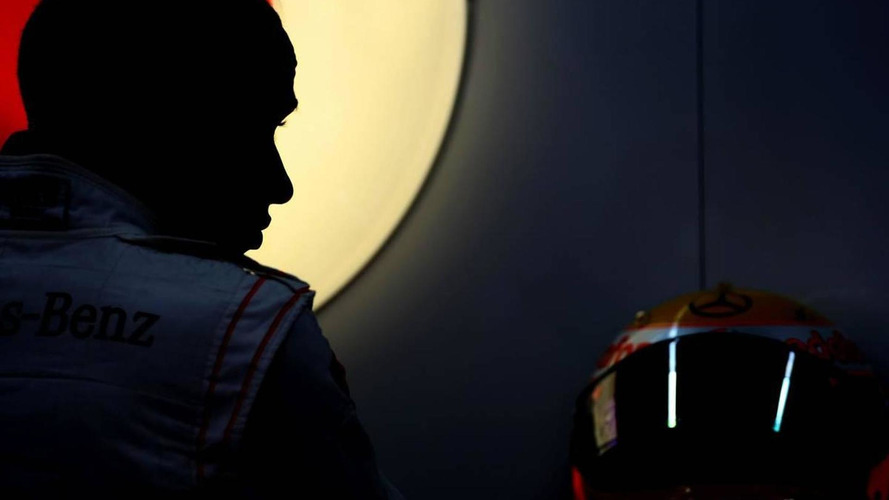 Lewis Hamilton has admitted it "would be fantastic" to have his teammate's support in his quest to win a second drivers' title in 2010.

Lewis Hamilton has admitted it "would be fantastic" to have his teammate's support in his quest to win a second drivers' title in 2010.

Fellow McLaren driver Jenson Button is the reigning world champion, but with a bad race in Korea last Sunday his points deficit fell to 42 points with just two races to go.

In the sister MP4-25, Hamilton is 21 points off Fernando Alonso's championship lead, sparking suggestions the time is nigh for Button to play a Felipe Massa-like supportive role for the rest of the season.

Woking based McLaren, however, operates a strict policy of driver equality, even though boss Martin Whitmarsh said before leaving Korea that a team strategy will be discussed internally "before we get to Brazil".

When asked about his and Button's approach with now just the Interlagos and Abu Dhabi rounds to go, Hamilton said: "We both push as hard as we can to score as many points as we can for the team.

"Clearly we're both far behind, him further than me. I'm 21 points behind, so I've got to get a lot of points.

"All I know is I have to get as high as possible and it would be fantastic to have Jenson with me," added the 25-year-old Briton.

Button said in Korea that he will only voluntarily fall in line behind Hamilton when he is "mathematically" no longer in the hunt. He also said he is confident he "won't be asked" to support Hamilton until then.

"Lewis is still very much in the hunt. Mathematically, it's not impossible for Jenson, but it looks quite tough, very difficult for him," said Whitmarsh.

Gallery: Title support from Button 'would be fantastic' - Hamilton