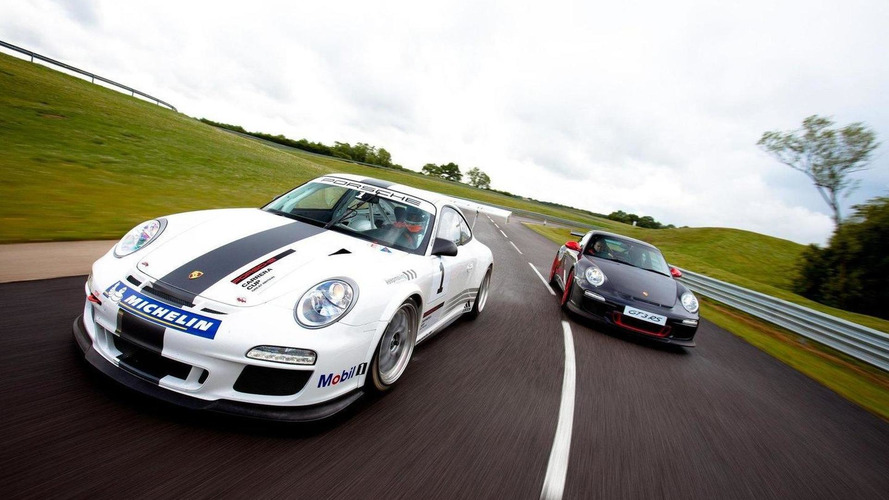 Now, Porsche has issued a faulty press release on this. Probably because some lazy communications employee copy/pasted a few paragraphs from last year's announcement.

Specs on the GT3 Cup race car: It is made of a monocoque bodyshell of hot-galvanised lightweight steel and carbon fiber body panels that keep its weight sharply down to 1,200 kg (2,645 lbs). Other technical data includes the sequential six-speed dog-type gearbox, ZF Sachs gas-pressure fixed dampers for the race suspension and Brembo racing brakes with 6-piston calipers at the front and 4-piston ones for the back wheels.

The GT3 Cup will race in the 2011 Porsche Carrera Cup in the U.K. next year in addition to the Porsche Mobil1 Supercup on the occasion of Formula 1 races.  Pricing is £94,600 plus VAT and deliveries will begin in early 2011.