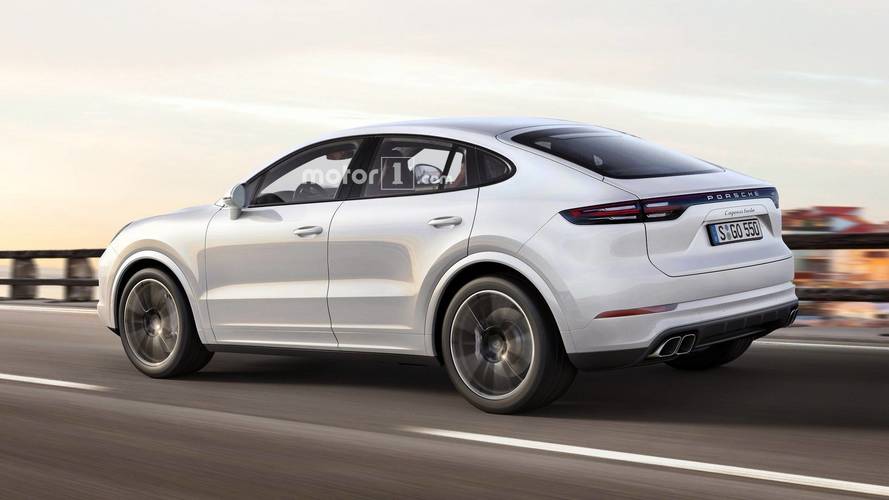 Fancy a more expensive Cayenne with less headroom and a smaller cargo area? Porsche is working on it. Rumors of a “coupe” version have been swirling around the World Wide Web for quite some time and it looks like these were more than just hot gossip. Autocar has learned from Oliver Blume - the man calling the shots in Zuffenhausen - that a Cayenne Coupe is being planned for a market launch at some point in 2019.

With the risk of stating the obvious, the fancier version with the more inclined roofline will be based on the regular Cayenne and unsurprisingly it will be built alongside it. The overall styling will mirror that of the donor car, but apparently there’s go,ing to be a fresh front bumper design to set it apart. Needless to say, most of the changes will occur aft the B-pillars where the aside from redesigned roof, the SUV’s derrière will adopt a sportier look with Panamera influences and sleeker taillights.

To the surprise of no one, a diesel engine is not being considered. Instead, the Cayenne Coupe (or whatever it will be called) is going to rely on the trusty new-generation V6 and V8 gasoline engines. No word just yet about the recently launched hybrid powertrain for the regular model, but we won’t be too surprised if it will be offered further down the line.

In U.K. at least, Porsche’s rival for the BMW X6, Mercedes GLE Coupe, and the newly introduced Audi Q8 is slated to go on sale in the fourth quarter of 2019. It could mean domestic market Germany could get the coupe-SUV mashup a few months sooner. We still haven’t seen any spy shots of the model in question, but it’s probably a matter of time before we will.

As a final note, there was a false alarm back in August 2016 when our spies caught on camera a Panamera on stilts, which led almost everyone (including us) to believe that was the rumored Cayenne Coupe. However, it turned out to be an early test mule for Porsche’s forthcoming electric assault heralded by the Mission E.