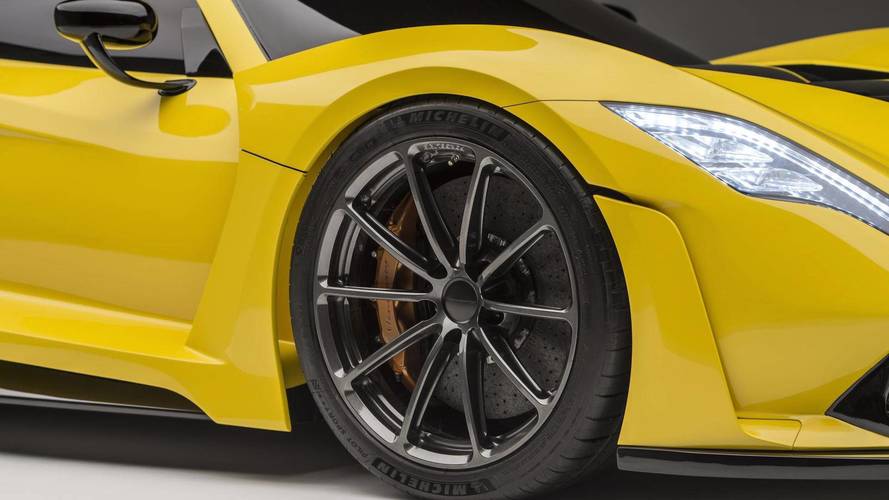 The battle for 300 miles per hour just got even more interesting.

The race to 300 miles per hour (482 kilometers per hour) rages on. Hennessey, Bugatti, and Koenigsegg each say they have the ability to get there, theoretically, with the former promising it will happen with its new Venom F5. But the same question lingers: how will the tires hold up at that speed? Thankfully, one company is working on a resolution.

In an interview with Bloomberg, Michelin said it’s readying tires for a supercar capable of the 300-mph record. "It’s a big game, with fierce competition, and it’s very fast-moving," said Eric Schmedding, Michelin’s product manager for original equipment. "We are knocking on the door of 300 miles per hour," he promised.

More Tire News To Check Out:

Hennessey has been the most vocal of the three companies in the race to reaching 300 mph. The automaker is reportedly finishing up work on a production version of its 1,600-horsepower (1,193-kilowatt) Venom F5 – which we saw last year at SEMA – with a speed run scheduled sometime within the year. But Bugatti isn’t following suit… at least not right now.

"It’s not on the top of my agenda," Bugatti CEO Stephan Winkelmann told the publication. "It’s something [my engineers] ask me about internally, but I think that Bugatti is much more than this." Winkelmann said back in March that a speed test of the Chiron was, "not my priority."

Koenigsegg, meanwhile, hasn’t outright confirmed its commitment to a 300-mph vehicle. Its previous Agera RS set a speed record of 277.87 mph (444.6 kmh) last November, but with the supercar being replaced in 2019, head of communications, Steven Wade, says that "we’ll all have to wait and see" if its successor will be capable of beating Bugatti or Hennessey to the record.