Audi e-tron Spyder: The making of 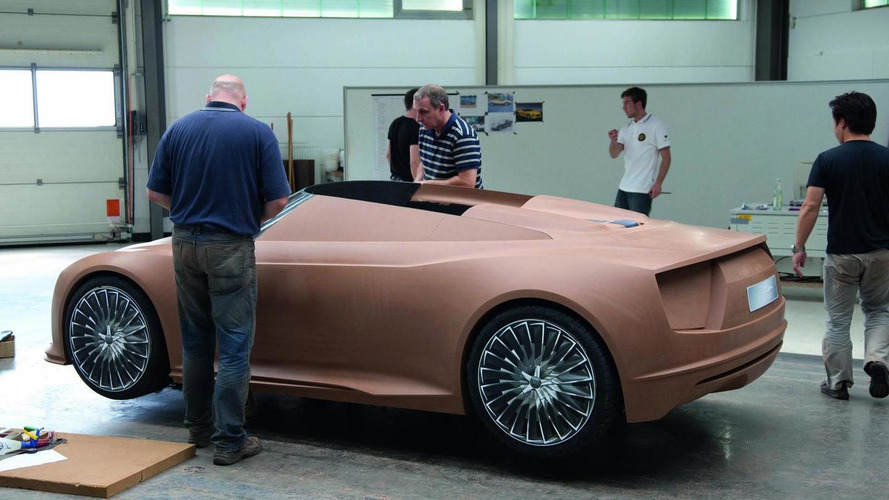 Audi has released details about the process of building the e-Tron Spyder concept.

While it may have been eclipsed by the quattro concept, Audi has released new details about the e-Tron Spyder.

Before construction even began, the company held a contest to determine who would design it. 17 people entered and they were broken into four teams. After two weeks of work, the competition narrowed to two designers who were ordered to build full-size silhouettes of their proposals.

The two designers and four modelers went to work creating their masterpiece from a large block of brown industrial plasticine which was stretched over a frame of steel, wood and rigid foam.

According Frank Lamberty, a designer at Audi, "We were constantly bouncing between two worlds like a ping-pong ball. On the one side was the elegant shape of speedboats. On the other was the radical world of naked bikes (motorcycles without full or partial fairings) or roadsters from the 1960s and 1970s. The Audi e-tron Spyder is the result of this inspiring convergence process and unites these two worlds."

After the proposals were presented to the Board of Management, they signed off on the winning design and work began on the show car. The latter was constructed from carbon fiber in an extensive process which required employees to mill the individual body parts as negative molds from a block of rigid foam. Afterwards, they applied sheets of carbon fiber fabric, let it harden, cleaned it up, and primed it.

Unlike most concepts, the e-Tron Spyder's wheels were made from 66 individual parts - not the usual four to five. As Uwe Haller, a concept builder, explains "It became clear to us pretty quickly that this wheel could not be manufactured out of one part, as is usually the case. The design for the wheels was so well received, however, that we did whatever was necessary to turn the proposal into reality. The result is a perfect fit for the Audi e-tron Spyder: sharp contours and visually precise lines combining carbon and aluminum."

Check out the press release for more information