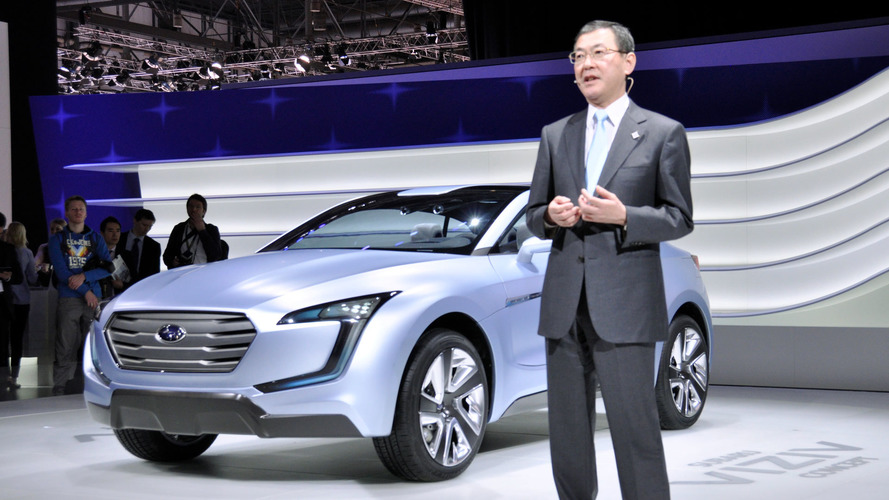 Subaru president and CEO Yasuyuki Yoshinaga, who was slated to become chairman and CEO at the June 22 shareholders meeting, will instead step down from his position as Subaru announced earlier this week employees improperly recorded fuel economy data on nearly twice as many vehicles as previously reported. According to Nikkei Asian Review, Tomomi Nakamura, an executive vice president, will replace Yoshinaga as president and CEO. Yoshinaga will also relinquish his representative board rights, becoming a non-representative chairman of the board.

Back in April, Subaru reported the company had falsely recorded fuel economy and emission data for 903 vehicles. The discovery of an addition 927 affected vehicles, bringing the total to 1,551 cars, led to Yoshinaga stepping down.

The scandal occurred as inspectors at Subaru’s Gunma plant used improper methods when measuring emissions and fuel economy. Factors such as speed and indoor humidity levels did not fall within government guidelines and standards. However,  inspectors recorded the data as valid. Inspectors also altered numbers on certain vehicles – both bettering and worsening data – as to avoid questions from superiors about variations in the data.

"We have no choice but to question [Subaru's] stance in getting to the bottom" of the cheating, Transport Minister Keiichi Ishii said, according to Nikkei Asian Review. ”This is extremely regrettable.”

The company has checked data on 6,530 vehicles tested since December 2012; however, the company cannot check back further as data before November 2012 is unavailable and it could not be verified.