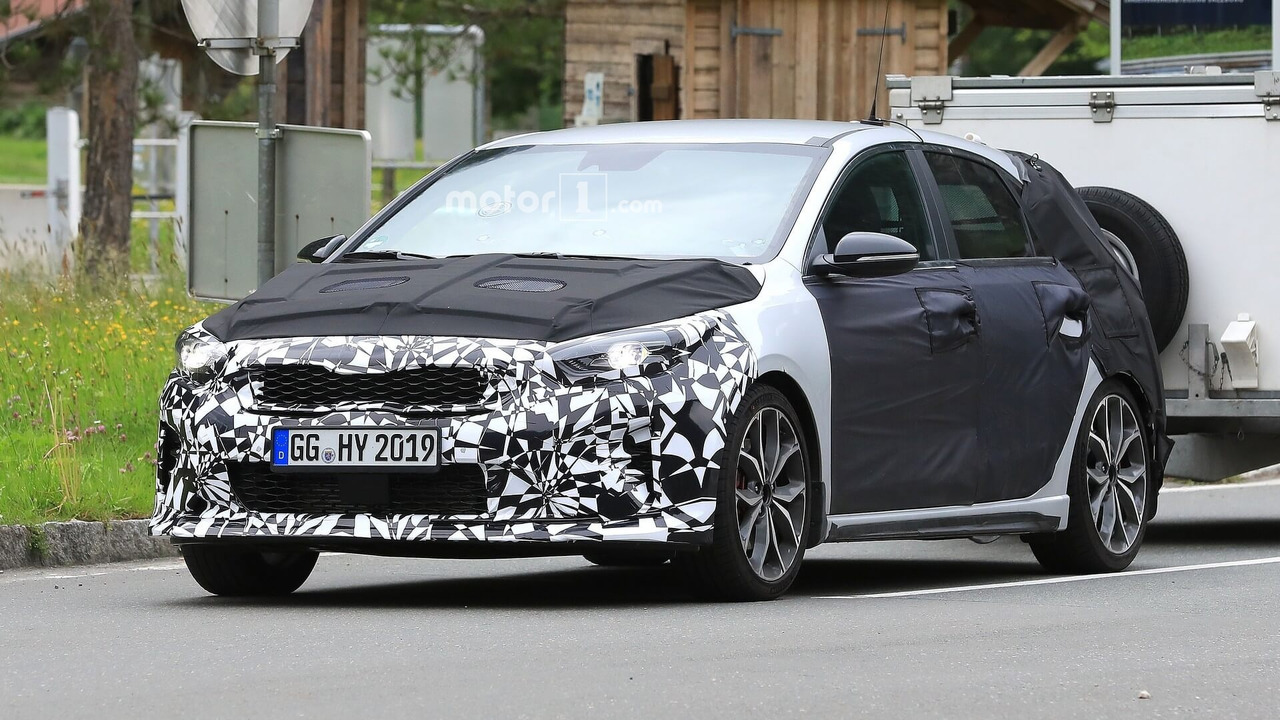 The apostrophe is gone, but thankfully the “GT” suffix is here to stay. The same day when Kia officially announced a new Ceed GT, our spies caught on camera a prototype undergoing testing on public roads. That was mid-April, and now, almost two months later, another one has been spotted out in the open. Luckily for us, some of the camouflage has been removed to grant a better look at the hot hatch’s racy body.

It’s got all the ingredients you’d want, from the pair of generous exhaust tips and large wheels (18-inch?) to the spoiler lip lurking from underneath the front camo where we can also catch a glimpse of the enlarged air vents. The prototype also sits visibly lower than the regular Ceed and that’s a sign of a stiffer suspension setup to improve handling.

There’s still a thick amount of double-layered disguise applied at the back where we can observe the zipper and the lock making sure the Ceed GT’s derrière remains hidden. Additional camo has been applied onto the doors and the hood, but we’re expecting these body panels to be carried over from the lesser versions of the compact hatchback.

While the previous-generation i30 Turbo has been promoted to an N model with up to 272 horsepower for Hyundai’s latest-gen hatch, the Ceed GT will not be going down the same road. Kia has said the new one will have roughly the same output as its predecessor, so we’re looking at somewhere in the region of 200 horsepower. Don’t hold your breath for a more intense derivative as it won’t happen because Kia has done the projections and has reached the conclusion that there wouldn’t be enough demand for it.

As to when we’ll get to see it without the frustrating camouflage, our guess is March 2019 at the Geneva Motor Show. Meanwhile, the Ceed family will grow to include a “shooting brake” set to premiere at the beginning of October during the Paris Motor Show. Why the quotes? Because it won't be a true shooting brake because it will retain the regular wagon's rear doors. Essentially, it will be a more stylish take on the already revealed Sportswagon and we definitely won't mind seeing it in GT guise later in its life cycle.