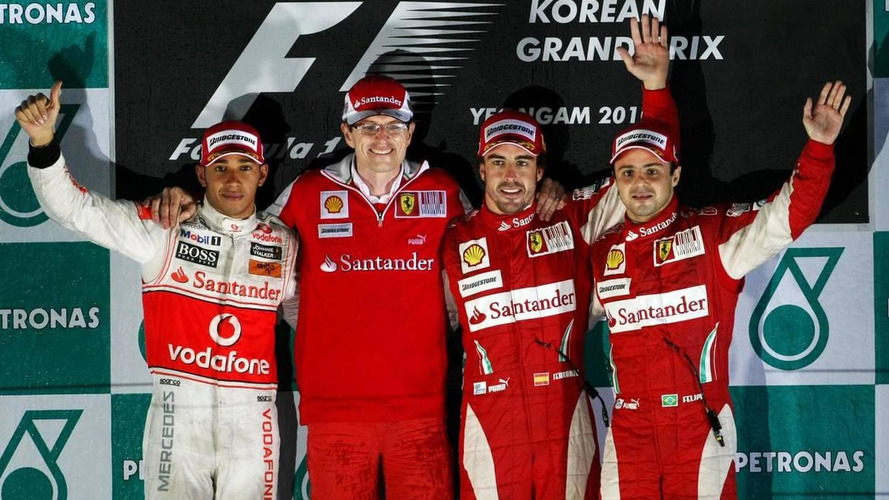 An eventful and marathon inaugural Korean grand prix, beginning in boredom and ending in darkness, has changed the face of the 2010 world championship fight.

Championship leader Mark Webber lost his 14-point lead with a crash on the slippery track, and his Red Bull teammate Sebastian Vettel failed to pick up the pieces because of a Renault engine failure.

"Totally my mistake," admitted Australian Webber after his crash, which also took out Nico Rosberg.

The result means Ferrari's Fernando Alonso - who laughed hysterically on the radio at the chequered flag - is the new championship leader, 11 points ahead of Webber with two races to go.

"Nothing has changed really," said the Spaniard. "We all know the new points system. Anything can happen."

After driving through the carnage and finishing second, Lewis Hamilton is now third in the championship, 21 points behind but four ahead of Vettel.

"It's obviously not a nice moment," said Vettel, the pole sitter and leader until his failure, as the race finished in near-darkness.

Jenson Button, 12th at the finish and among the slowest cars on track, is now a distant 42 points behind.

"I'm not really in it anymore," said the reigning world champion on BBC television.