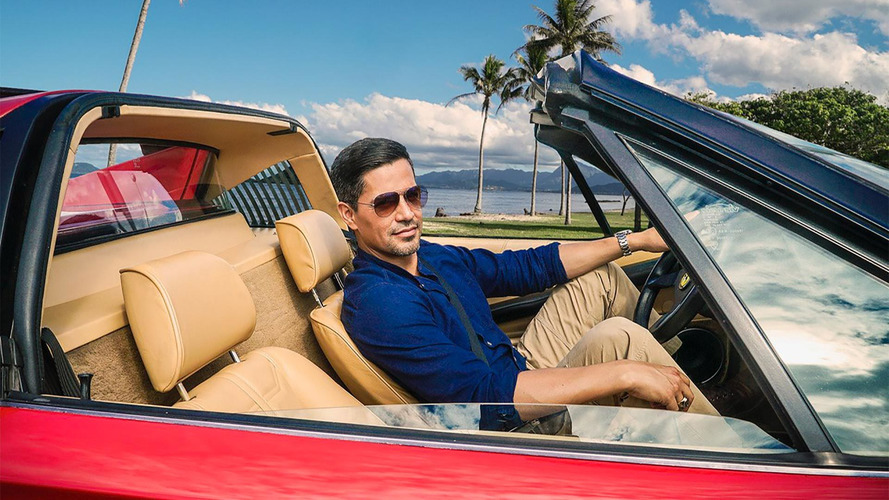 The publicity tour for CBS’s reboot of Magnum P.I. is now underway, showing glimpses of the new Magnum as well as the iconic Ferrari 308. Unfortunately, most Ferrari enthusiasts (and fans of the original show) are not happy with what they're seeing. Here’s what the community at FerrariChat is saying so far…

It seems that featuring an immaculate Ferrari did little to curb the initial backlash of seeing Magnum without a mustache.

That photo, along with changing Magnum’s partner from a man to a woman, left most fans in shock and denial.

“That isn't Magnum, and she isn't Higgins. Hopefully this show will be cancelled by midseason.” - FerraiChat user Thorn

And after the anger subsided, the bargaining began...

“I mean, I don't feel GOOD about the new show, but I would have felt much worse this evening if they'd scripted him into a Prius.” - Thorn

“On further review, I could maybe live with this version of Higgins…” - wildcat326

But it wasn’t enough to convince anyone that the new show could even come close to the original. Doubts continued, especially concerning the use of the Ferrari 308.

“I will be very surprised if they actually feature a 308 in the new version. I have no doubt they’re just using it in publicity shots to play on our nostalgia for the original show.” - FerraiChat user jferazzi

With communal cynicism rising, multiple ideas arose for how Magnum’s 308 would be retired.

“If this 308 is in the show they'll blow it up just like they did the 365 in Miami Vice. Then they'll work a 488 in there just like Crockett's white TR so everybody gets paid.” - FerraiChat user JG333SP

Personally, my favorite idea is this…

“The 308 breaks down in the first episode and Neo-Magnum has to use Uber to get around for the rest of the season.” - FerraiChat user kcabpilot

Well as it turns out, the critics were right about their treasured Ferrari.

“I just watched the trailer. The 308 dies in the first episode.” - FerraiChat user kidasters

With the stages of grief finally coming to a close, everyone slowly went home and began to accept the news.

“So this show will take some time to digest, perhaps forever. ;) On the other hand, the scenery is spectacular, it looks like it should be humorous, and it can't possibly be as bad as 80% of the crap that masquerades as contemporary television entertainment.” - FerraiChat user David Lind

Even one surprisingly positive dissenter emerged.

“Watched the little video and....I think I will love it. A fresh approach to a great classic show. Obviously, Ferrari will be a major theme and for that reason alone I support the show.” - FerraiChat user 09Scuderia

Ultimately, both Magnum fans and Ferrari fans will watch. Whether they see a train wreck or not is entirely in the hands of CBS.

“I will - reluctantly - watch every episode. And TRY not to be too critical” - FerraiChat user Dr Tommy Cosgrove