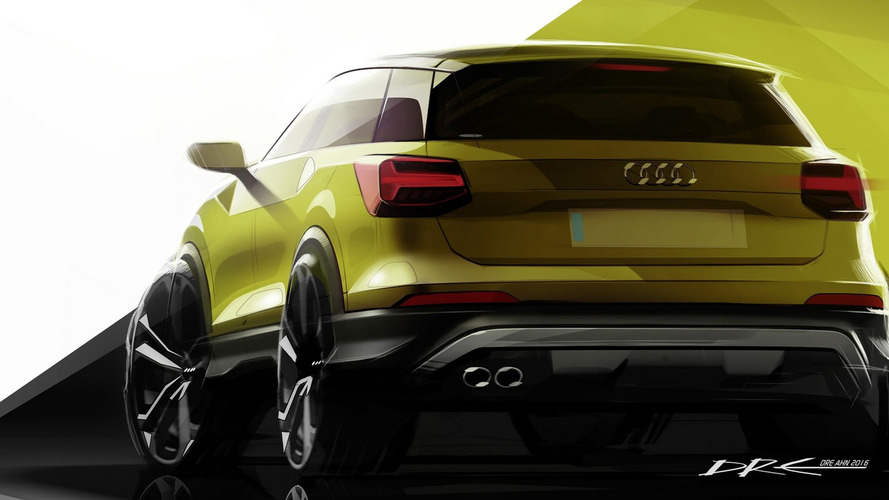 Plus, the electric E-Tron and E-Tron Sportback are on the way.

Crossovers are the major force in the modern auto industry because drivers apparently prefer the body style's higher ride height and large cargo area, and automakers are following what buyers want by adding even more of these models to their lineups. The launch of the stylish Q8 is just the beginning of Audi's plan to expand its SUV range because the company already has plans in place to introduce the  Q4. A Q1, Q6 and Q9 are a possibility, too.

The little Q1 will reportedly arrive for the 2021 model year and will be the tiniest crossover in the brand's lineup as a step below the already small Q2. In essence, the model will be a higher riding, tougher looking version of the next-gen A1 Sportback.

The Q4 would exist to give Q3 buyers a more stylish (and more expensive) choice, and it arrives in 2019. Expect a design like the Q8 but in a smaller package.

While there's no confirmation yet, a Q6 might fill a similar role as chic alternative to the Q5, according to Autocar.

The new Q8 fills the role of a range-topping, high-style SUV in the lineup. The cabin is a technological wonderland with two touchscreens on the center stack and a digital instrument display. At launch, buyers can choose between a diesel-fueled 3.0-liter V6 with 286 horsepower (213 kilowatts) and 442 pound-feet (600 Newton-meters) of torque or a gas-fueled 3.0-liter powerplant with with 340 hp (253 kW).

However, the Q8 might not be the pinnacle of Audi's crossover range forever. According to Autocar, there are rumors of the company working on an even more luxurious SUV to wear the Q9 moniker. The Four Rings already holds a trademark on the name, but it's hard to imagine how the company could create the model without stepping on the toes of its corporate siblings that are selling the Lamborghini Urus and Bentley Bentayga.

If one of these crossovers doesn't appeal to buyers, Audi is also going after a different niche with the upcoming E-Tron electric model. It'll get a sharper looking Sportback variant, too. These vehicles will add another pair of SUVs to the already bursting lineup.