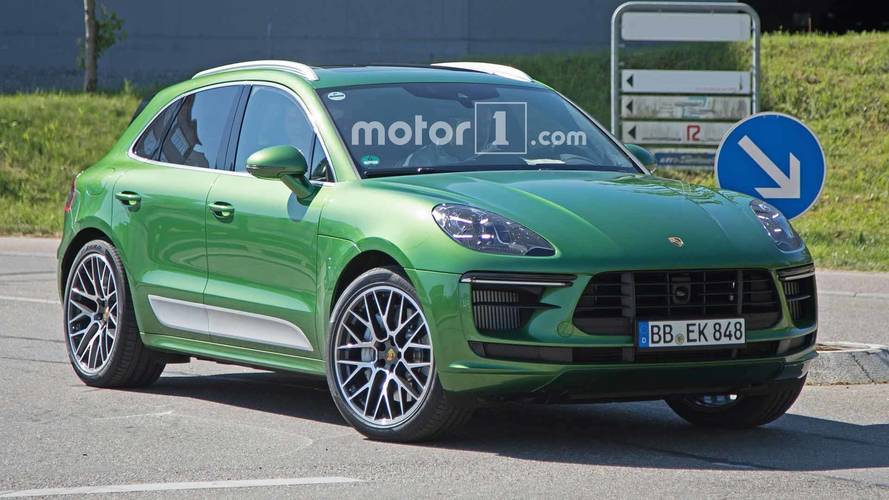 Other upgrades include a slightly lower weight, increased comfort, and bigger infotainment screen.

Porsche has been working on a mid-cycle refresh for its smaller SUV for quite some time and although the company headquartered in Stuttgart hasn’t issued a press release talking about the Macan facelift, we now have juicy details about what the 2019 model year will bring. Autocar had the chance to hop inside the revised version and go for a test drive in South Africa. Fortunately, Porsche was kind enough to share some precious info with the British magazine about the changes it will be making to the Cayenne’s little brother.

First things first: power. The base model continues to use a turbocharged 2.0-liter gasoline engine, but output has dramatically increased by 52 horsepower from 248 hp to nearly 300 hp. Should you need more muscle, you’ll have to step up to the Macan S, which will use a 3.0-liter V6 sourced from the Panamera and expected to deliver 355 hp, which would represent a nice bump of 20 hp compared to the outgoing model’s 335 hp.

With 355 hp on tap, the Macan S facelift will get dangerously close to the sportier GTS, but Porsche has a solution - the next Macan GTS will be upgraded in order to be positioned at a “respectable distance" above the S model.

As for the top-dog Macan Turbo, it will feature just about the same engine as the Macan S, but in a 2.9-liter flavor to unlock a meaty 434 hp or 40 hp more than the 3.6-liter unit powering the current version. The new output number will match that of the existing Macan fitted with the optional Performance Pack. The reason why it will be a 2.9 and not a 3.0 has to do with the necessity of a beefier crank that can handle the additional power, prompting Porsche’s engineers to come up with a shorter stroke.

Autocar is reporting the refreshed Macan won’t be offered with a diesel engine after all, while those rumors pointing towards the availability of a hybrid version for the crossover’s current generation won’t materialize.

Aside from making some pretty big changes underneath the hood, Porsche has fiddled with the suspension by giving it aluminum uprights to shave off weight. A boost in ride quality is also planned, along with tweaked handling, and optional tungsten-coated brakes featuring white calipers. In typical Porsche fashion, exterior styling revisions will be minor and will include discreetly modified headlights and taillights along with redesign bumpers.

More significant modifications will occur inside the cabin where the 2019 Macan facelift will feature a bigger display for the infotainment system as evidenced in our spy shot above. Making the screen larger will force Porsche to move the central air vents lower on the center console and change their shape to better suit the new arrangement.

An official reveal of the 2019 Porsche Macan is expected to take place later this year.