Leaked Official Images: Could This Be The New BMW X5? 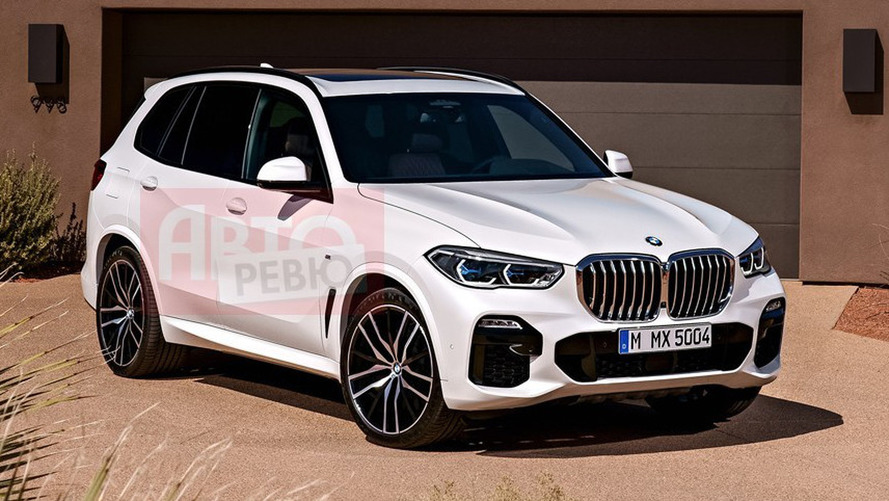 Apparently, a reveal is imminent.

We could be looking at the very first official photos of the next-generation BMW X5, albeit not coming directly from the Bavarian automaker. These two images of the vehicle with internal code G05 were released by Russian website Autoreview and allegedly show the new SUV in its full glory.

At this point, we can’t confirm whether these are leaked official images indeed, but a couple of details make us believe they are real and not just renderings. The shape and size of the front grille, for example, as well as the rear lighting clusters and reflectors in the bumper match the prototypes we’ve seen in the millions of spy photos with the vehicle.

If we assume this is the real deal, we have to say we’re not quite surprised with the design. The new X5 looks almost like a facelift for the model that’s on sale today with the most notable changes on first sight appearing to be focused at the back. The vehicle from the leaked photos is a X5 30d xDrive variant with M sports package, bringing the more aggressive bumpers and massive exhaust pipes.

Far more important changes are happening underneath the familiar skin, as the G05 X5 is moving to the new CLAR architecture, also used by the current 5 Series and 7 Series. The SUV sits on new chassis and suspension that’s "virtually unique within the competitive field," and is expected to shave off up to 440 pounds (200 kilograms) of fat compared to the outgoing model.

Under the hood will be a number of four-, six-, and eight-cylinder gasoline and diesel engines, depending on the market. In the United States, a 3.0-liter straight-six and a 4.4-liter V8 will be offered, while European customers will also get a 3.0-liter diesel in several power outputs, including the range-topping M50d quad-turbo diesel. The flagship X5 M will share its motor with the current M5.

BMW i Hydrogen NEXT concept
++