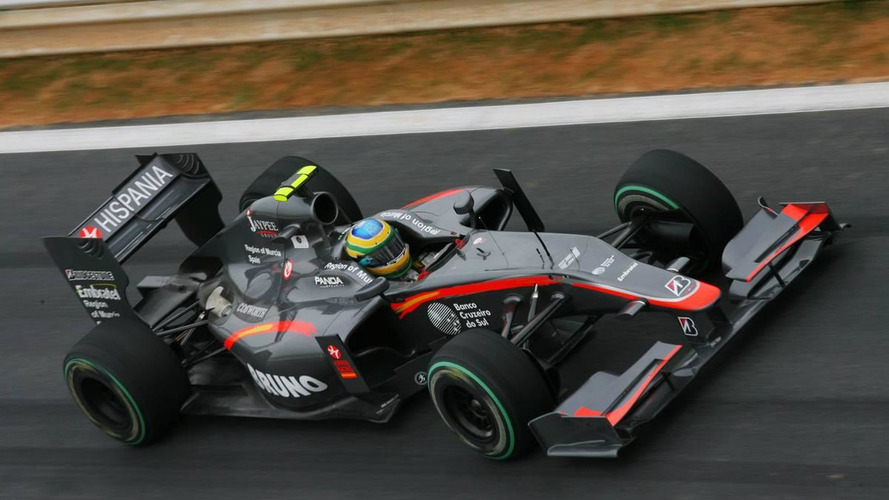 The struggling HRT team has emerged as a likely customer for technical support by Williams in 2011.

The struggling HRT team has emerged as a likely customer for technical support by Williams in 2011.

Last month it was reported that famous British team Williams could be set to supply its hydraulic systems and gearboxes to one or more of the sport's small new teams.

In 2010, the standard Xtrac systems have proved outdated and unreliable, and Lotus broke ranks to arrange of a supply of Red Bull's technology for 2011.

"We've had enquiries for our hydraulics and gearbox, we're open to supplying it, but nothing has been agreed at this point," a Williams spokesman told us in September.

The Finnish newspaper Turun Sanomat believes Hispania Racing (HRT), the back-of-the-grid Spanish team, has been in talks with Williams about the systems.