Diesels will still be available for commercial vehicles, but even those engines will be sourced from other companies.

Nissan is the latest automaker to realize that there isn't a future for diesel-powered passenger models, and the company is ending development for these powerplants, according to the Nikkei Asian Review. The engineering investment will now go towards electric vehicles.

Nissan already no longer sells diesel-powered passenger models in Japan, and the company has a plan to phase them out of Europe by early in the next decade. Commercial vehicles will still be available with diesels, but the Japanese automaker will source the powerplants from partners rather than building them in-house.

Nissan Takes Us By Surprise And Builds Leaf Convertible 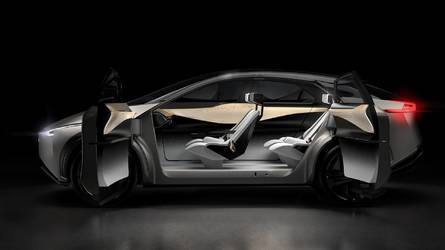 “In Europe, where our diesel sales are concentrated, our electrification push will allow us to discontinue diesel gradually from passenger cars at the time of each vehicle renewal,” a Nissan spokesperson told Reuters in May.

Nissan is hardly alone in the decision to abandon diesel offerings. For example, Fiat Chrysler Automobiles made a similar announcement in its recent five-year plan. Toyota has come to a similar conclusion, too.

Germany is at the forefront of getting diesels off the road. Earlier this year, the courts there ruled that cities have the right to restrict older diesel-fueled vehicles. Stuttgart and Düsseldorf have already taken these steps, too.

Nissan plans to use a so-called skateboard layout on future EVs where engineers place as much of the drivetrain as possible in the floor. The setup has the advantages of maximizing interior space and maintaining a low center of gravity. The IMx Kuro Concept (above) at the 2018 Geneva Motor Show previewed how these upcoming models might look.

The automaker is also teaming up with Toyota, Honda, Panasonic, and GS Yuasa for an initiative to bring solid-state batteries to market.