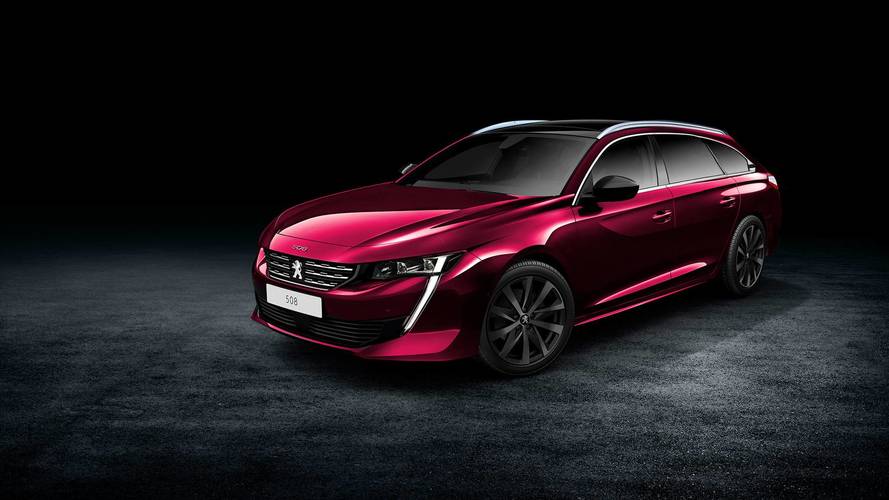 After the debut of the new generation Peugeot 508 sedan in late February 2018, the French firm is now inching closer to the reveal of the car’s station wagon version. This is what a blurry teaser released on Twitter suggests, and we believe the veil will be virtually lifted in the next coming weeks. An official public premiere is scheduled for the Paris Motor Show at the beginning of October.

The rather enigmatic teaser comes together with an equally vague message, reading "To discover my identity, you must break the codes." When we “break the codes,” all we can imagine is Peugeot is teasing us with the new 508 SW.

Needless to say, the wagon won’t be dramatically different than the 508 sedan and will feature most of its design elements. The only major difference between the two will be the rear end, which will have a sloping roofline and, naturally, a larger boot lid.

As standard, all units will come with a six-speed manual gearbox, while optionally available will be an eight-speed automatic. Early next decade, reports say, we will also see an electrified version and, potentially, a range-topping model with up to 270 hp (201 kW).

Given the increased trunk of the new 508 sedan compared to the outgoing model, we expect to see slightly growing numbers for the wagon, too. The old 508 SW had 508 liters (surprised?) of cargo volume, so expect something in the region of about 520 liters for the new wagon.

Note: Photo above is a speculative render.