The once humble Skoda is probably the last automaker you’d expect to slap its badge on a convertible-SUV oddity, yet the Sunroq is exactly that. A droptop version of the compact Karoq, the latest concept to come from Mladá Boleslav started out in life in October 2017 when a team of about 23 students from Skoda’s own trade school got together to work on a one-off project.

Don’t worry as there are not any plans to chop off the compact crossover’s roof for a production version since the Sunroq will remain purely a concept car to demonstrate the skills of Skoda’s vocational school. While these talented students took the roles of engineers and designers, actual professionals lent a helping hand during the development process of turning the Karoq into a convertible.

Discover other one-off from Skoda's students: 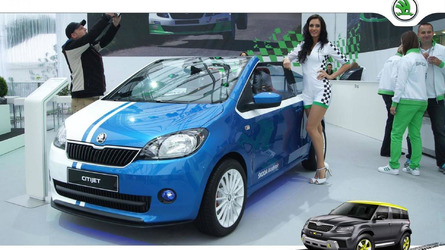 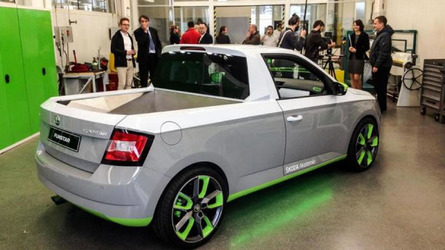 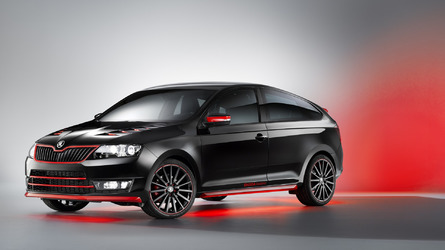 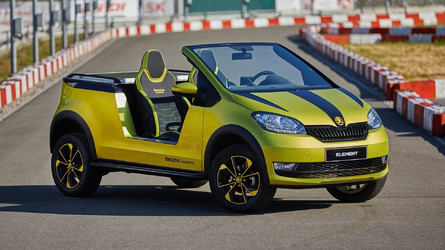 Despite losing its roof, the crossover from Czech Republic has kept the rear doors as well as the rear seats to maintain that high level of practicality you would expect from a Skoda. Your eyes are not deceiving you as those are actually Skoda’s logos projected onto the road by LEDs mounted underneath the concept’s front bumper. You can actually get those on the production Karoq where these are mounted underneath the front doors.

If you’re curious about the segment of the market a hypothetical road-going Sunroq would target, Skoda says a convertible-SUV would attempt to lure in young adults looking for a droptop that still has enough room for a surfboard. While the crossover’s body has been revamped, the concept still has the same length and width as the regular model from where it has carried over the wheelbase.

Not that many people will be able to test the Sunroq’s acceleration, but the familiar four-cylinder 1.5-liter TSI engine enables the convertible-SUV mashup to reach 62 mph (100 kph) from a standstill in a decent 8.4 seconds before maxing out at 127 mph (204 kph).

While the Sunroq will never the light of production day, another small crossover cabrio part of the Volkswagen Group is heading to the assembly line. The VW T-Roc Convertible will be launched in 2020 to serve as an alternative to the Range Rover Evoque Convertible.