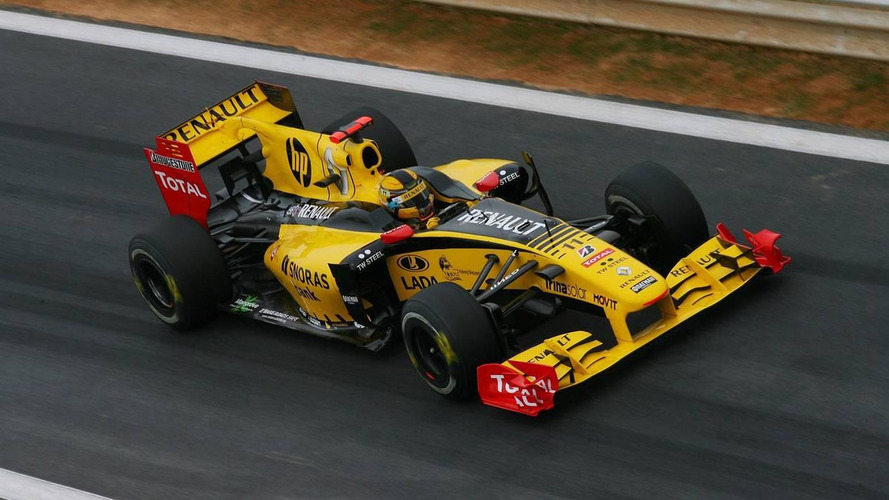 Eric Boullier is encouraged but not excited about Robert Kubica's impressive pace at the wheel of the Renault so far in Korea.

Eric Boullier is encouraged but not excited about Robert Kubica's impressive pace at the wheel of the Renault so far in Korea.

The Pole has been inside the top four in all three practice sessions at the new Yeongam circuit, and topped the time sheet on Saturday morning.

"It is encouraging," the team's French boss Boullier said. "It gives us hope for a solid weekend, but we have to remain careful."

After Red Bull dominated in Japan two weeks ago, the other main teams also believe they are closer to the pace of the RB6 this weekend.

"We're as competitive as them at least," said McLaren's Lewis Hamilton, and his teammate Jenson Button agreed: "We're there."

Ferrari's Fernando Alonso said: "We feel that maybe it's not as easy as it was for Red Bull in Suzuka, even if they are still favourites."

The problem for Red Bull in Korea is the first sector, comprising essentially the front straight and the ultra-long second straight.

"They're (the straights) too long for us," said Sebastian Vettel, referring to the team's under-powered engine and an F-duct not as efficient as the one seen on the Renault and McLaren.

Saturday at Yeongam has been overcast and mild so far, and the forecast is for possible overnight rain.