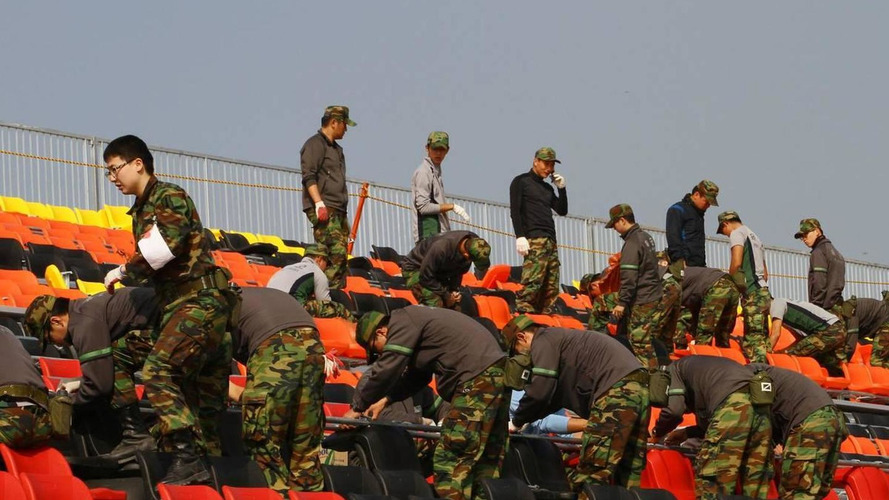 New F1 circuits look unlikely to be able to emulate Korea, whose delayed Yeongam venue was given an eleventh-hour reprieve by the FIA.

New F1 circuits look unlikely to be able to emulate Korea, whose delayed Yeongam venue was given an eleventh-hour reprieve by the FIA.

Usually, the governing body inspects a new track 90 days before the inaugural race date, giving either a thumbs-up or down.

But in the case of Korea, with construction badly delayed, Charlie Whiting kept postponing the final inspection until mere days before this week's event.

"Is that going to happen again? No," said Nick Craw, FIA senate president.

He was speaking to the Austin American Statesman newspaper, after visiting the site of the 2012 United States grand prix and saying he was happy with the organisers' plans.

American Craw said future races in India and Russia will also be subject to the 90-day rule, to almost certainly be reinforced by the FIA at its November meeting.

"That probably protects everybody's interest a little better than running right up against the event and saying, 'Golly gee, we've got it wrong'," he explained.

However, the construction timetable for the Austin race is tight, and he revealed that he will lobby against the 90-day rule if race promoter Tavo Hellmund thinks it will be a problem.

And Hellmund confirmed: "We certainly don't want the mandate of 90 days because the only track it would affect in the world would be this one."