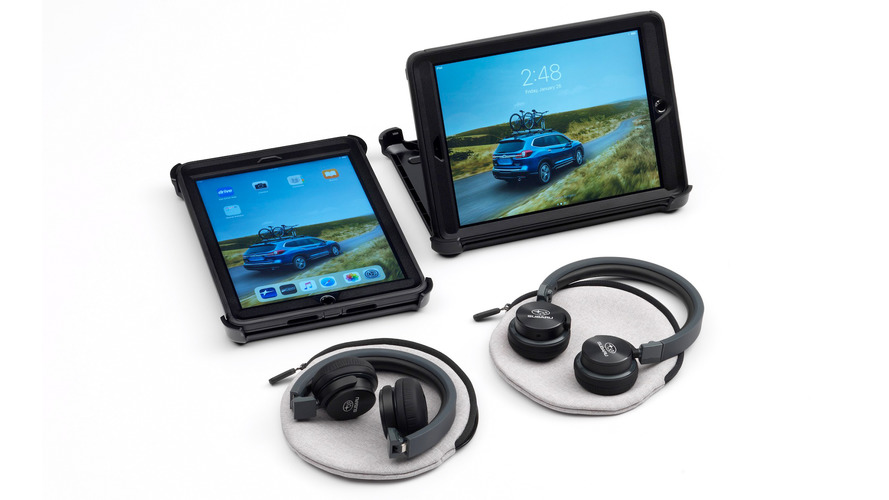 In-car entertainment taken to another level.

Driving and entertainment go hand-in-hand. Every car has its own infotainment system that should supposedly entertain its driver and all the occupants, even those who are in the back seats.

That’s why automakers make it to a point that their cars’ head units are the best, while giving buyers the option to add entertainment for those at the back, just like in a Ford Explorer. While adding dual-headrest DVD entertainment system in the Explorer can set you back an additional $1,995, Subaru has something cheaper in mind.

Get On Top Of The Ascent:

Subaru Destroys Recalled Ascents Because It Can't Fix Them

The Subaru Starlink Entertainment Anywhere kit aims to make something that the passengers can enjoy even outside the car. Even better, you can save hundreds of dollars if you opt for Subaru’s package. To put things in perspective, buying each item separately would cost you around $669 – $329 for the iPad, at least $250 for the Bluetooth headphones, and $90 for the iPad case. With a pair of each, that would be a total of $1,338, allowing you to save $368.

The kit is available for all Subaru customers, but as it stands, it looks like it’s more fitting with the 2019 Ascent, which is the first among the Japanese marque’s lineup to offer in-vehicle Wi-Fi hotspot. Although, there will also be other Subarus to offer Wi-Fi capability, including the 2019 Forester.

While you might argue that what the Explorer can offer is different, Subaru’s Starlink Entertainment Anywhere ups the former's headrest-mounted display with its mobility. Although, it would be better if the kit will come with car mounts, right?

Now, we know what you’re thinking – it’s time to go to Subaru dealerships and buy the kit even for yourself even if you don’t own a subie. Well, apparently you can’t because you can only buy it during and after purchasing a vehicle, or after a lease. 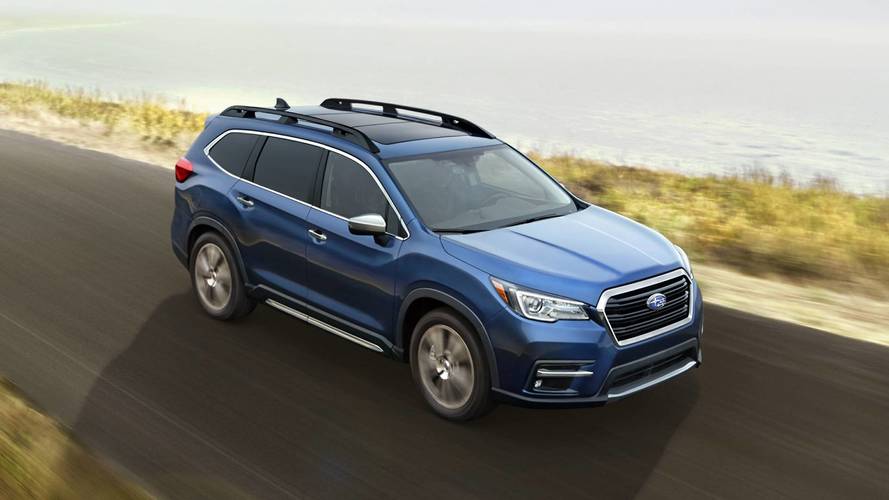 Subaru of America, Inc. introduced the new SUBARU STARLINK Entertainment Anywhere kit to give customers a premium entertainment experience with iPad. The versatile kit can be enjoyed by customers anywhere and retails for $970.

iPad inspires creativity and learning and also gives Subaru owners and their passengers the ability to stay connected, engaged, and entertained – making every trip in their Subaru one that they will love. OtterBox Defender Series iPad cases are designed for easy grip and durable protection, while Harman Kardon Bluetooth headphones deliver a premium audio experience.

STARLINK Entertainment Anywhere kit is available to all Subaru customers and is a great fit for families in the all-new 2019 3-row Ascent SUV, the first Subaru model to offer an in-vehicle WI-FI hotspot. Additional 2019 Subaru models will be WI-FI capable including the all-new Forester.

The kit’s MSRP of $970 offers hundreds of dollars in savings by purchasing through Subaru versus paying retail for each component separately. The kit is available at Subaru retail facilities either during or after the purchase or lease of a new Subaru.

After ordering the STARLINK Entertainment Anywhere kit through a Subaru retailer, it will be delivered in custom eco-friendly packaging to the customer’s home for added convenience.

About Subaru of America, Inc.
Subaru of America, Inc. (SOA) is a wholly owned subsidiary of Subaru Corporation of Japan. Headquartered at a zero-landfill office in Camden, N.J., the company markets and distributes Subaru vehicles, parts and accessories through a network of more than 630 retailers across the United States. All Subaru products are manufactured in zero-landfill production plants and Subaru of Indiana Automotive, Inc. is the only U.S. automobile production plant to be designated a backyard wildlife habitat by the National Wildlife Federation. SOA is guided by the Subaru Love Promise, which is the company’s vision to show love and respect to everyone, and to support its communities and customers nationwide. Over the past 20 years, SOA has donated more than $120 million to causes the Subaru family cares about, and its employees have logged more than 40,000 volunteer hours. As a company, Subaru believes it is important to do its part in making a positive impact in the world because it is the right thing to do.