When you think of iconic liveries, the powder blue and orange hue of Gulf Racing should immediately come to mind. It’s been worn by race cars like the Porsche 917 and the Ford GT. Now it’s being adorned by a one-off, road-going McLaren 675LT – and it looks stunning.

The car is an homage to the 1996 Gulf-Davidoff GTC McLaren F1 GTR "Longtail," and took more than 1,000 hours to complete by hand. It adopts a near-identical look to the McLaren F1 GTR "Longtail" before it, coated in the same signature powder blue and orange finish on hood, roof, and bootlid, with its lower half covered in black with orange accents.

And then there are the wheels; unique 20-spoke orange fitments match the wheels of the F1 almost identically. The classic paint job comes accented by a number of MSO exterior components – like the front lower lip, side skirts, and diffuser – and a few interior accessories. 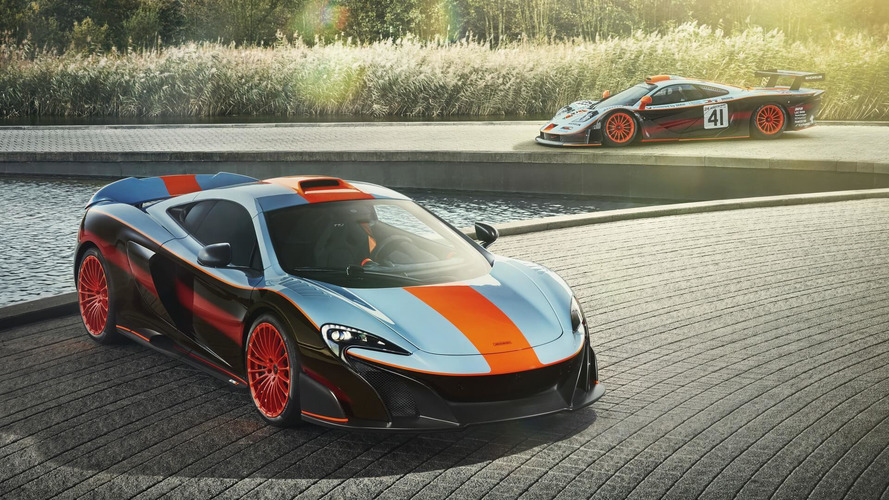 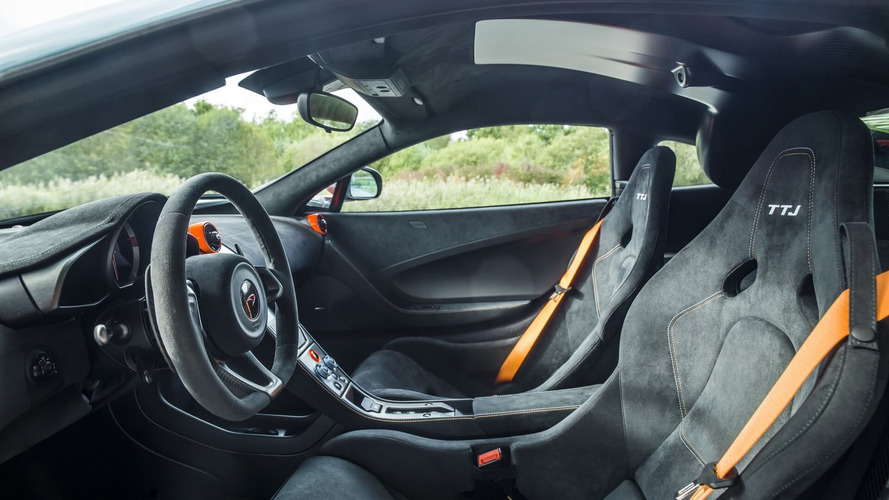 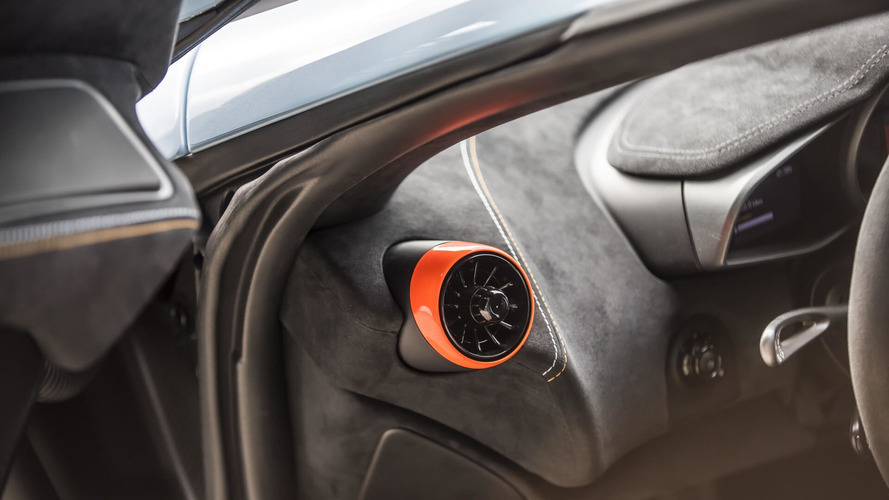 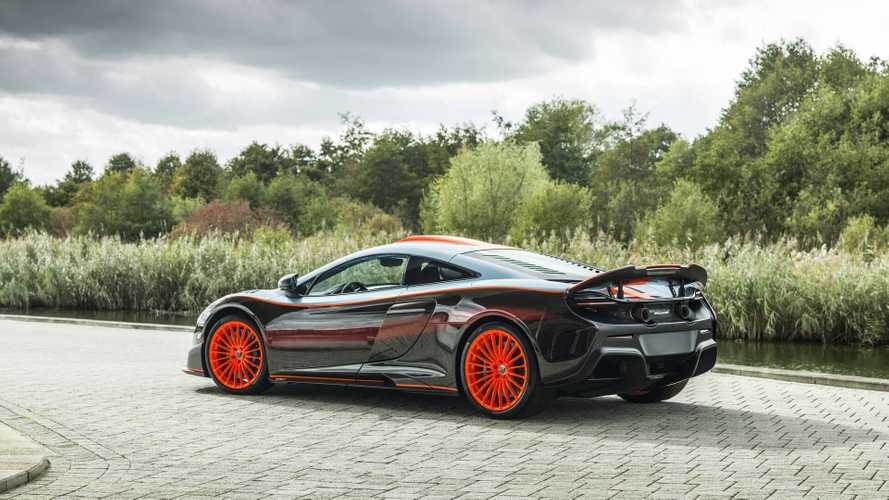 "Transforming the existing car from its original single color paintwork to a tribute to the McLaren F1 GTR 'Longtail' in Gulf Racing livery was incredibly demanding in its own right, but was only part of the brief; we also replaced numerous standard 675LT components with MSO parts and further personalized the car to clearly identify it with its owner, a service that an increasing number of MSO customers request."

As far as power is concerned, the 675LT still wields a stock biturbocharged McLaren V8 engine producing up to 666 horsepower (496 kilowatts) and 516 pound-feet (700 Newton-meters) of torque. The 675LT can sprint to 62 miles per hour (100 kilometers per hour) in just 2.9 seconds, and continue on to a top speed of 205 miles per hour (330 kilometers per hour). We’re sure the Gulf livery adds at least five extra horsepower, too. 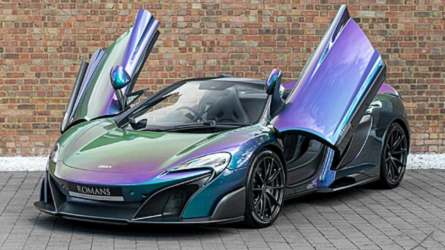 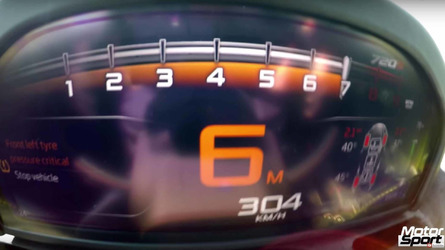 MSO Bespoke commission delivers personalised McLaren 675LT in 1,000 hour-plus project
Striking Gulf Racing exterior colour scheme is a tribute to the 1997 Gulf-Davidoff GTC team McLaren F1 GTR ‘Longtail’
Bespoke cabin finish, 20-spoke wheels and MSO exterior and interior components complement unique paint scheme
Any McLaren 675LT is a very special car that already stands out from the crowd, although if a customer desires something even more dramatic – and even more exclusive – McLaren Special Operations (MSO) is on hand to ensure that bespoke requirements are met, no matter how complex.

Challenged to produce a road-going homage to the McLaren F1 GTRs that performed so strongly in endurance racing in the 1990s, winning the 1996 BPR Global Endurance Series and the GT1 Class at the 24 hours of Le Mans in 1997, MSO has created a McLaren 675LT that combines a famous racing livery with personalized and bespoke features to the customer’s brief. The project, which was undertaken with agreement from Gulf Oil International Ltd that its famous racing livery colors could be used, occupied more than 1,000 hours of MSO time. The paintwork – including airbrushing – accounted for 800 hours of that total.

“Creating a car like this unique McLaren 675LT, crafted to individual customer specification, is exactly the type of demanding commission that MSO Bespoke was formed to embrace,” explained Ansar Ali, Managing Director, McLaren Special Operations. “Transforming the existing car from its original single color paintwork to a tribute to the McLaren F1 GTR ‘Longtail’ in Gulf Racing livery was incredibly demanding in its own right, but was only part of the brief; we also replaced numerous standard 675LT components with MSO parts and further personalized the car to clearly identify it with its owner, a service that an increasing number of MSO customers request.”

The light blue, black and red hues of the exterior paint – and of course the trademark orange centre stripe – are an unmistakeable recreation of the Gulf Racing colors that adorn the 1997 McLaren F1 GTR ‘Longtail’ race car, one of the cars that inspired McLaren to produce the 675LT. The 20-spoke wheels, finished in Dayglo Orange, continue the theme. The same orange color is used for sill badges that bear the customer’s initials. The car is fitted with louvered front wings, roof scoop upgrade and carbon fibre airbrake from the MSO range of options for the McLaren 675LT, all featuring body color paint.

The interior of the car was designed and executed to complement both the exterior theme and the personalization. MSO Bespoke racing seats finished in Carbon Black Alcantara® feature orange and blue contrast stitching, with the initials of the owner again featuring, this time embroidered in blue on the headrest. The seat belts are from the MSO Defined range and are orange in color.

The handling and powertrain bezels on the Active Dynamics Panel are finished in Gulf Blue, while the vent bezel surrounds and surround to the stop/start button are in Gulf Orange.

Now with extraordinary visual impact courtesy of MSO, this 675LT has the appearance to truly match its dramatic performance; with a twin-turbocharged McLaren V8 engine producing up to 675PS (666bhp) and 700Nm (516lb ft) of torque, the 675LT can accelerate to 100km/h (62mph) from standstill in just 2.9 seconds and has a maximum speed of 330km/h (205mph).