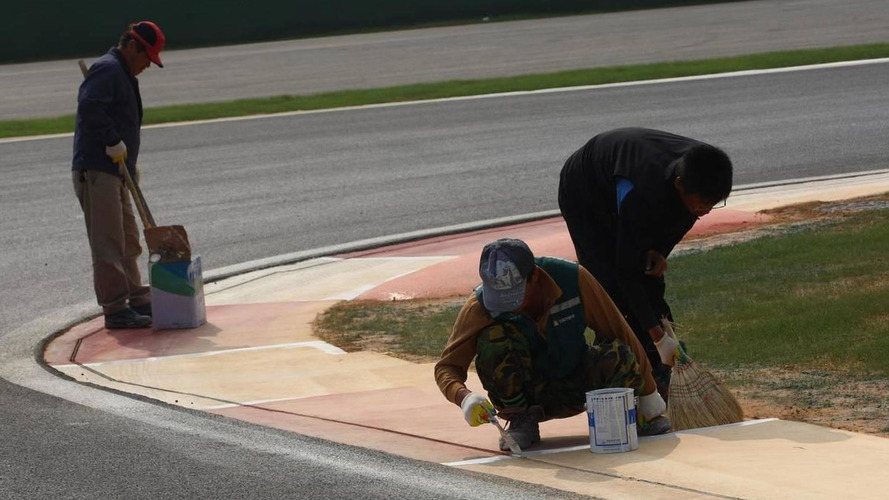 Help from Germany ensured that Korea's new F1 circuit is able to host its inaugural grand prix this weekend.

Help from Germany ensured that Korea's new F1 circuit is able to host its inaugural grand prix this weekend.

That is the claim of Hermann Tilke, the architect of the circuit but retained only as an 'advisor' to the actual construction of the venue in Yeongam.

When it became clear that the Koreans were struggling to complete the facility, Tilke stepped in, reportedly providing workers and machinery, primarily to get the track surface in racing condition.

"In the end we sent workers over from Germany, otherwise it probably wouldn't have worked," he is quoted by Auto Bild Motorsport.

Tilke insists that fears the track surface will break up this weekend are unfounded.

"We have used a special formula -- one that dries quickly and is ready immediately," said the German, who said the only problem encountered by the drivers will be low levels of initial grip due to the bitumen sitting above the asphalt.

But Tilke admitted that, earlier, he did have "some doubts" that the circuit would be ready, according to France's L'Equipe.

"It was necessary to analyse the problems and find solutions," he said. "We (Tilke GmbH) helped, but the construction companies in Korea worked hard.

"Overall, everything should be fine, but there might be some shortcomings here and there."

Indeed, on Thursday as the F1 paddock filled up, many of the sport's travellers moaned about plumbing and late media shuttles to the circuit, whilst highlighting the circuit's imperfections.

"F1 has raced in a parking lot in Las Vegas, a desert in Bahrain and a swamp in Shanghai.

"But never on a building site in the middle of nowhere," said Bild newspaper, as 1500 Korean soldiers hurriedly screwed in seats in the grandstands whilst workers painted dirt track verges green.

"We can hardly expect to be perfect from the outset," said an event spokesman.

The good news is that organisers are expecting a healthy crowd - perhaps 90,000 on Sunday - for the track action, although it is understood this number of tickets has not yet been sold.

"We don't expect too much on our first attempt at this event," acknowledged the spokesman. "We hope interest in F1 (in Korea) will increase after this."