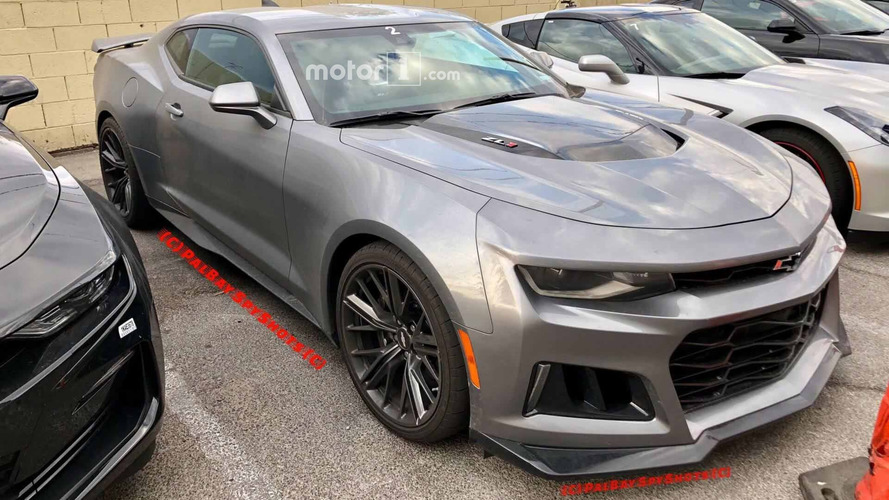 Chevy looks to doing some last-minute testing of the new SS against its more powerful ZL1 sibling.

A new batch of spy photos provide a fresh look at the upcoming 2019 Camaro SS, and it is testing with a ZL1. The images offer a chance to compare the two flavors of Chevy's pony car that are starting to look more like each other with the latest tweaks for the SS.

This ZL1 doesn't appear to be any different than the version already on the market (see comparison above), which suggests might be using it as a benchmark against the updated SS. Having them on the road together would allow engineers easily to compare the changes to the lesser version to the more powerful sibling.

The 2019 Camaro arrives later this year with an updated exterior that depending on the trim includes revised LED headlights, tweaks to the grille, including the Flowtie, and heat extractors in the center of the hood. The changes give the pony car an even meaner appearance than the already aggressive existing version.

Get A Better Look At The Chevy Camaro:

Under those bigger vents in the hood, Chevy now offers the V8 with its 10-speed automatic, and it has performance-oriented features like launch control and line lock. The six-speed manual is also still available. Buyers can also now get the 1LE trim with the 275-horsepower (205-kilowatt) and 295 pound-feet (400 Newton-meter) 2.0-liter turbocharged four-cylinder engine. The package comes with an upgraded suspension, Track and Competition Mode settings, launch, control, and shift lights.

Inside, the 2019 Camaro features Chevy's Infotainment 3 system that has better graphics and improved Bluetooth connectivity. The 2SS and ZL1 trims feature a standard rear camera in the mirror, too.

There are no details yet about pricing for the 2019 Camaro, and the updated models arrive before the end of 2018.