The Blue Oval believes there's no reason to go above the ST since the hot hatch already delivers plenty of performance.

It was only a couple of weeks ago when Ford Performance Europe boss, Leo Roeks, vaguely hinted about the prospects of a Fiesta RS, but now it looks like a hotter derivative to slot above the ST is not on the agenda. Another Ford official, Amko Leenarts, head of design for Europe, argued there’s no need for an RS since the recently launched ST is already fast enough:

“We see no reason to bring a more powerful Fiesta model above the ST. The performance of the new Fiesta ST is already at such a high level that a more powerful model is not necessary.”

So there you have it, a Fiesta RS is not being considered – at least not for the time being. The original report mentioned a possible launch by the end of the decade, but that seems to be just a pipe dream now. Of course, Ford could decide to change its mind in the years to come considering the previous-generation Fiesta ST spawned a hotter ST200 version in some markets. While no Fiesta RS, it still fulfilled the need for a go-faster supermini.

While Ford is currently saying no to a beefier Fiesta, VW admitted at the beginning of the year that its Polo GTI has room to grow. In other words, the hot hatch from Wolfsburg could either get a Performance version or even a Polo R akin to the bigger Golf GTI Performance & R variants. Either of the two would have more power than the current 197 hp offered by the GTI from its turbocharged four-cylinder 2.0-liter engine, which coincidentally matches the output provided by the Fiesta ST and its smaller three-cylinder 1.5-liter unit.

See how the two hot hatches stack up: 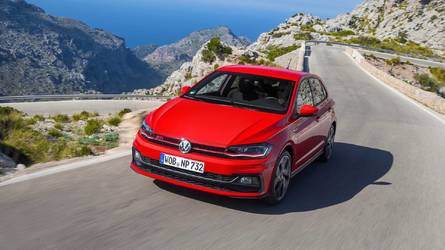