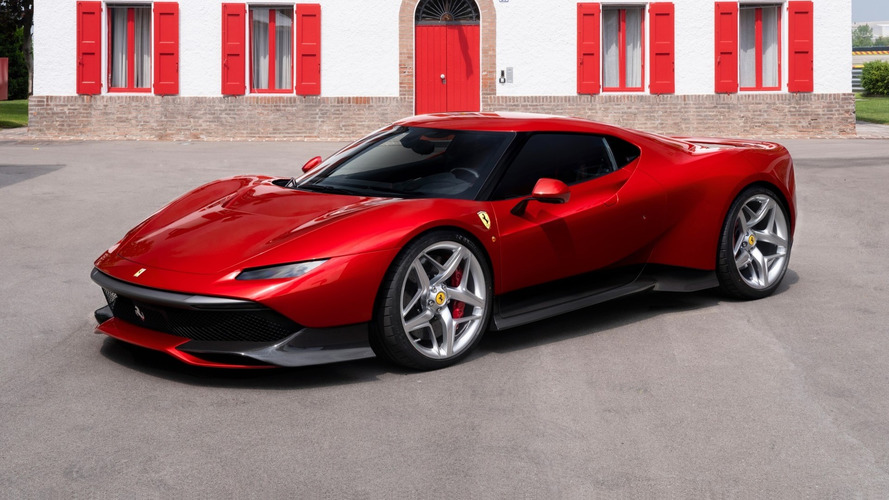 Just as pretty as the coupe or even better?

[UPDATE, June 25] Ferrari has asked us to remove the render. Original images of the coupe have been added.

Developed for “one of Ferrari’s most dedicated customers,” the truly one-of-a-kind SP38 nicknamed “Deborah” is a 488 GTB that has gone through a series of cosmetic surgeries to become an even prettier coupe. But what if it were a Spider? Individual artist X-Tomi Design from Hungary decided to chop off the car’s roof to imagine how the unique creation would have looked based on the 488 Spider.

Despite the fact that the coupe’s lovely F40-inspired engine cover is gone, the imaginary SP38 Spider still has all the ingredients to become a veritable showstopper, but there are virtually zero chances of becoming a reality. Why? Ferrari probably won’t make one for another client as we’re sure the SP38’s owner would not be exactly happy with that. Maybe the person who commissioned Deborah wants a matching Spider to go along with the Coupe? We’re just making up scenarios in our mind as this is just wishful thinking at this point.

Get up close and personal with the coupe:

Ferrari SP38 Is A One-Off Built With F40 Inspiration

Launched back in 2007, Ferrari’s Special Projects program has allowed the Ferrari Design Center to work its magic on unique models and over the years we’ve seen some interesting cars commissioned by deep-pocketed folks with an affinity for the Prancing Horse. The SP38 is a prime example of what the talented team based in Maranello is capable of, and we’re hoping more and more will see the light of day to complement the company’s regular lineup.

The day will probably come when the forthcoming Ferrari SUV will receive the Special Projects treatment, so don’t say we didn’t warn you. To be brutally honest, we’re actually curious to see how the FUV (Ferrari Utility Vehicle) is going to look like and whether a bespoke version of it will help us get used to the controversial concept of a Ferrari on stilts.