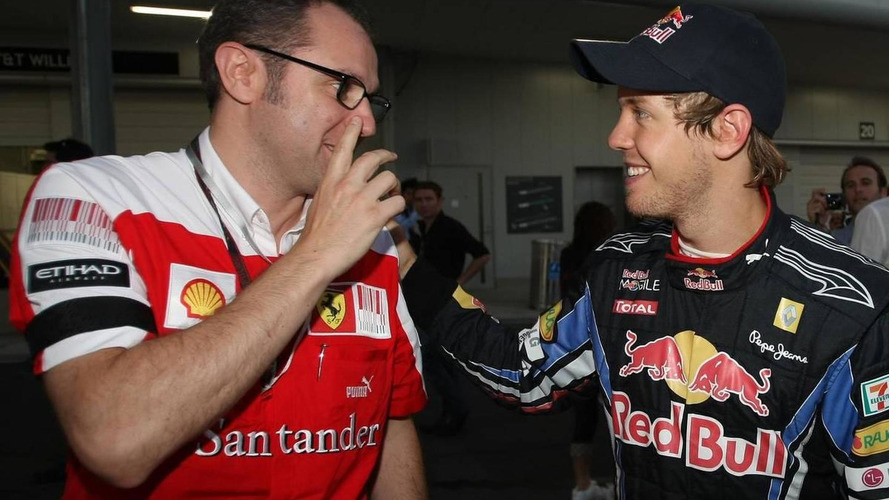 Stefano Domenicali has admitted it will be "interesting" to see how Ferrari's rivals tackle the remaining three races of 2010.

Stefano Domenicali has admitted it will be "interesting" to see how Ferrari's rivals tackle the remaining three races of 2010.

Of the title contenders, only the Italian team is solely focused on a single driver, while Red Bull and McLaren still endeavour to provide equality to each of their race drivers.

"In the other two teams they have both drivers that will fight (each other)," said team boss Domenicali, contrasting Felipe Massa's role for the rest of the season in support of Fernando Alonso's title challenge.

"I think it will be very important to see how all the drivers approach the next few races mentally, within the teams and against the other drivers -- it will be very interesting," he added.

The most obvious negative example of a team's commitment to equality is 2007, when McLaren's acrimonious duo Lewis Hamilton and Fernando Alonso tied on points but both lost the championship against the odds to Ferrari's Kimi Raikkonen.

"With only three races left, Red Bull should make Mark their number 1 driver," he said in a new interview with the Times of India.

He thinks team orders and the notion of number 1 drivers have an obvious place in formula one, whose biggest prize is the individual drivers' title.

"If I had been at Ferrari, I would have done the same thing," said Briatore.