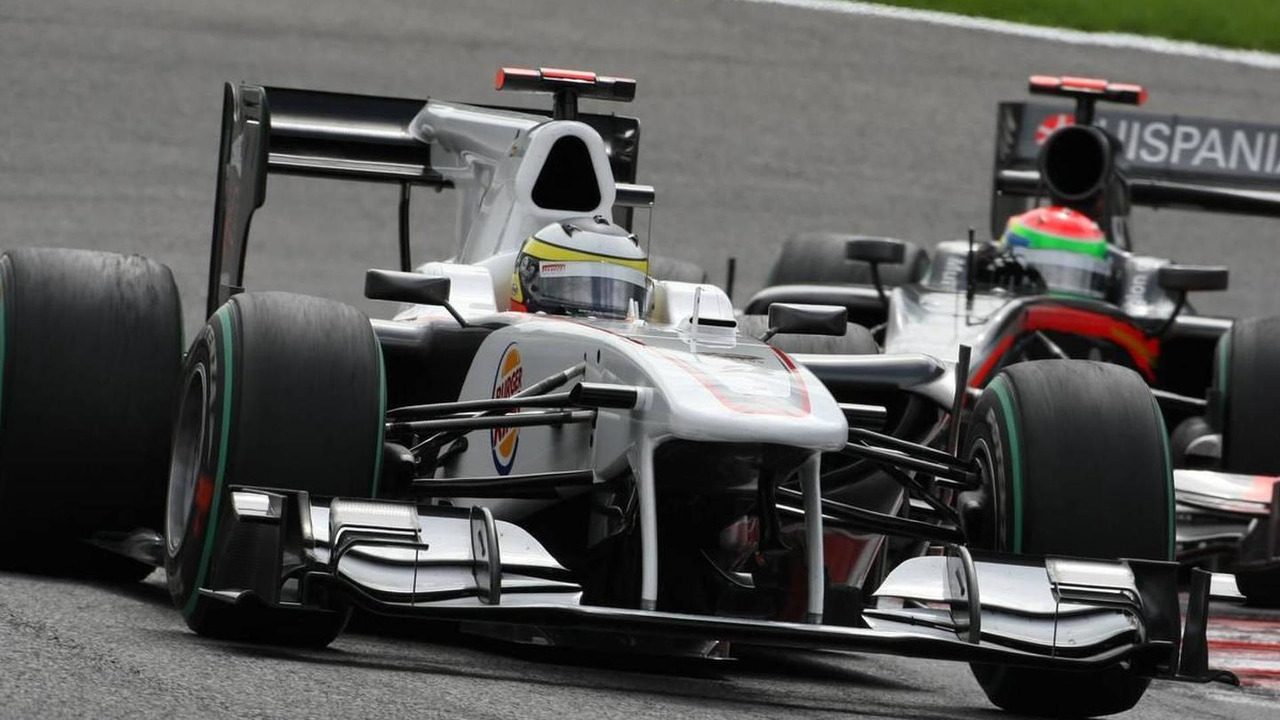 Pedro de la Rosa has expressed interest in returning to the formula one grid next year with HRT.

Pedro de la Rosa has expressed interest in returning to the formula one grid next year with HRT.

After a long stint as McLaren tester, the Spanish driver returned to F1 with Sauber this year but was ousted recently and is now testing tyres for Pirelli.

De la Rosa, 39, was in talks with Hispania's former guise Campos-Meta before signing with Sauber last winter, and he has told Spanish radio Onda Cero he is once again interested in joining the struggling team.

"If their sporting project is interesting and ambitious, I'll be happy to be with them. So far there is no hurry," he is quoted as saying by the EFE news agency.

"I am in contact with the Carabantes," added de la Rosa, referring to the team's owners.

"We talk a lot. For Spain it is very important to have a formula one team and what they have done so far has much merit," he said.

"Now we (Spain) have a team but we are not getting the best value. They succeeded in just a few months to have a car on track at the start of the season and will have another car next year.

"But the project needs more support, not only from companies but also drivers like myself, and the fans. We have to get behind them," added de la Rosa.