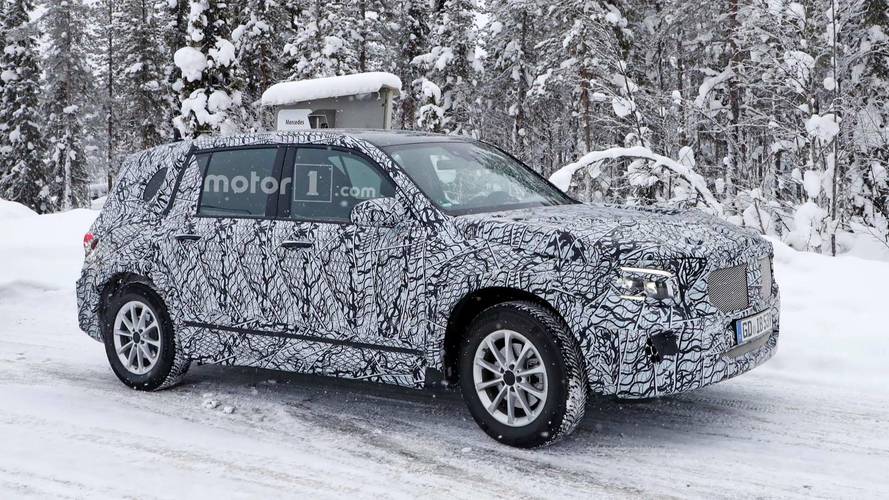 The "baby G-Class" reminded one dealer of the GLK's boxiness.

It was roughly four years ago when first reports emerged about the possibility of a G-Class-inspired GLB that would slot between the GLA and the GLC. Since the beginning of 2018, several batches of spy shots have been published to confirm the rumor about a boxy crossover part of Mercedes’ extended compact car lineup. New intel reveals the GLB was shown recently to dealers in the United States as a pre-production model alongside the A-Class Sedan, another new car heading to the U.S.

During the meeting, dealers learned about the crossover’s standard five-seat layout, with an optional seven-seat arrangement to be available as well. Upon seeing official images of the GLB, one dealer said the boxy crossover “reminded me a little of the boxiness of the GLK. It's a functional, small SUV, more of a people mover, whereas the GLA is sportier.”

The “baby G-Class” as it has been described will ride on the same MFA2 platform as the new A-Class hatchback and all of the other front-wheel-drive-based compact cars Mercedes is planning to launch in the next few years. Production of the GLB will probably take place in Aguascalientes, Mexico at a new factory resulting from a tie-up between Daimler and Nissan.  The U.S. version is scheduled to go on sale in the last quarter of 2019. No word on pricing, but an educated guess would be anywhere between the $33,400 GLA and the $40,050 GLC.

Until then, at the same facility, the aforementioned A-Class Sedan will hit the assembly line for the U.S. and Europe within the next few months before going on sale late this year. It should be mentioned Mercedes has already revealed a sedan version of the new-gen A-Class, but it’s a long-wheelbase derivative built in China for China. Pictured above, the CN-spec model should paint an accurate picture of the regular model since we’re not expecting any big changes, other than the shorter rear doors.

When it will arrive in the U.S. (with a four-cylinder 2.0-liter turbocharged engine and a seven-speed dual-clutch automatic transmission), it will effectively become the firm's new entry-level model, which means it will undercut the $32,700 CLA. The A-Class hatchback won’t be coming to the U.S. since Mercedes argues it wouldn’t be popular.

The three-pointed star company has a busy schedule up ahead, with Mercedes-Benz USA CEO Dietmar Exler revealing plans for a model onslaught with "a first-ever or totally redesigned" car launching every two months during the next few years.