Doubtful you’ll be able to fly past traffic in the HOV with this.

California’s HOV – High Occupancy Vehicle – is a treasured recourse from the doldrums of California highway traffic. It’s an easy way for a carload of people to fly past traffic. However, the state also allows specific hybrid and electric vehicles access to the lane even if there is only one person in the vehicle. This is a way to get people to buy EVs and hybrids – sort of like an incentive. However, not everyone wants an EV or a hybrid, like Nick Filippides, co-owner of American Racing Headers. 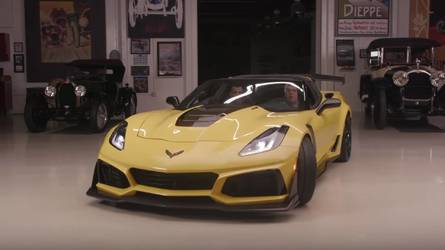 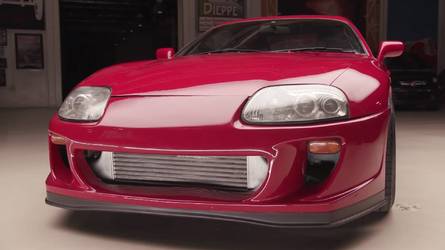 Not satisfied with the output of a 2005 Toyota Prius, Filippides decided to add a few modifications. And by few we mean cram a supercharged 6.2-liter V8 Dodge Challenger SRT Hellcat crate motor under the narrow hood. Out of the box, the engine produces 707 horsepower and 650 pound-feet of torque. But even that crazy amount of power wasn’t enough for Filippides. Because it’s a crate motor, tuners can tinker with the output, which is what the team at American Racing Headers did.

They removed the stock supercharger and added a 4.5-liter Whipple unit, which helps the engine produce its 800 horsepower. Power goes to the wheels through a Tremec six-speed manual transmission. That crazy amount of power lets the Toyota PriuSRT8 run a nine-second quarter mile. Oh, and that’s on pump gas. There’s no special high-octane race fuel here.

Jay Leno’s Garage on YouTube is always a fascinating place. He gets some amazing, interesting, and unique cars in his shop, and the Toyota PriuSRT8 is just the latest example of that. It’s far from conventional, but Leno certainly appears to enjoy driving it – which looks fairly easy considering it’s a heavily modified Toyota Prius. Usually, a nine-second car is a bit unruly to handle, but Filippides repeatedly says he designed the car for everyday use and commuting. We’re just not sure if it’ll pass muster in the HOV lane.