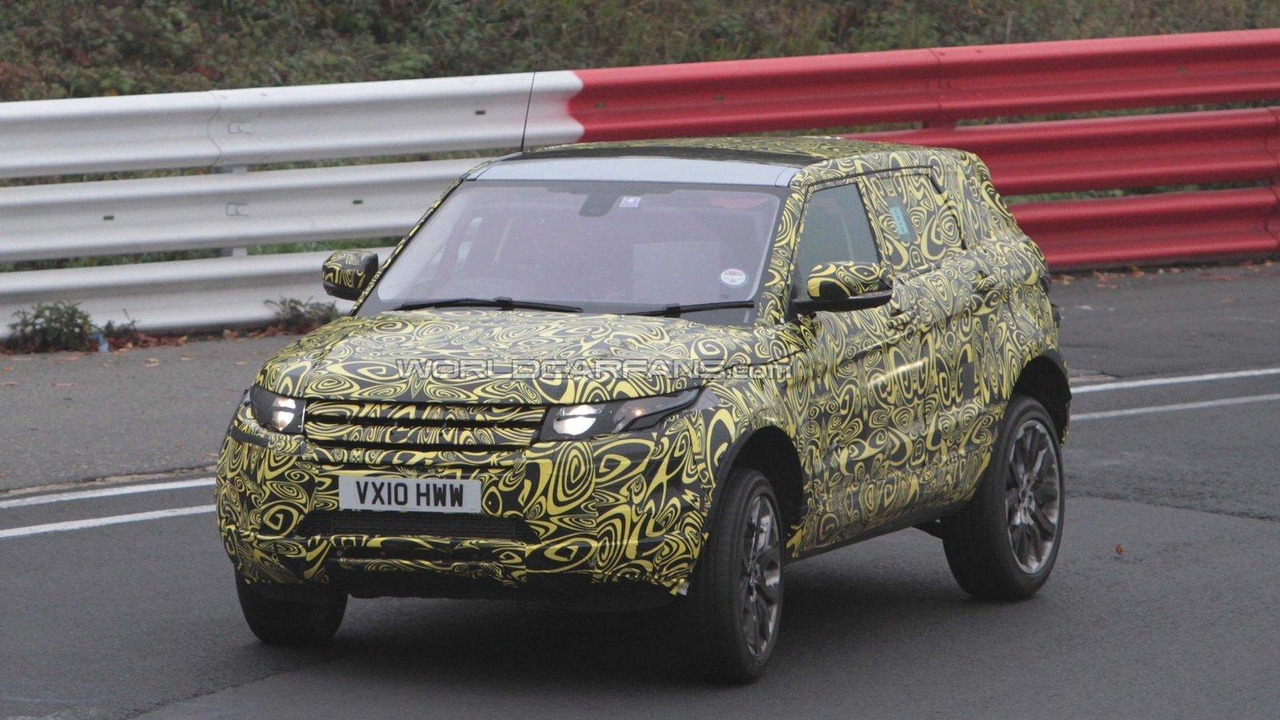 The 5-door Land Rover Evoque is scheduled to debut at the Los Angeles motor show next month. Under the hood will be a 240 PS 2.0 liter turbo and a 2.2 liter diesel in two power configurations: 150 PS and 190 PS.

Land Rover has already released a single official photo of the 5-door variant of the Range Rover Evoque but the Brit automaker somehow still sees fit to heavily camouflage the model as it conducts further testing on the Nürburgring ahead of the Evoque's debut in Los Angeles next month.

Does that mean there are a few styling tweaks coming?

The Range Rover Evoque is a compact SUV originally released solely in a 3-door bodystyle. It comes standard as a front-wheel drive and an all-wheel drive system is optional.

The 5-door Evoque will be premiered at the 2010 Los Angeles motor show which takes place November 19 to 28.