FCA Recalls 4.8M Vehicles For Cruise Control That Might Not Turn Off 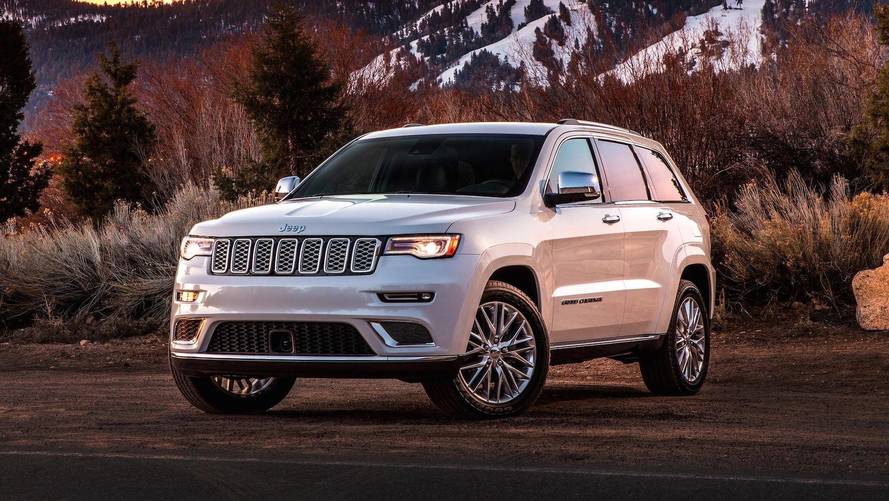 A short circuit while the cruise control accelerates causes the problem.

The National Highway Traffic Safety Administration is advising the owners of 4.8 million million vehicles in the United States from Fiat Chrysler Automobiles not to use the cruise control because the system might not disengage even if the driver presses the brake or manually attempts to turn it off. If the problem occurs, owners need to shift the gearbox into neutral, apply the brakes, and put the vehicle in park after coming to a stop.

The campaign affects the following vehicles:

In a statement, FCA said that an "unlikely sequence of events" would be necessary for this failure to happen. The cruise control would need to be accelerating the vehicle – like for a road grade – at the same time that a short circuit in the system occurs. The driver then wouldn't be able to deactivate the cruise. The brakes would still work, but owners would find an easier time slowing down by shifting into neutral because the cruise would be trying to accelerate.

"FCA US is unaware of any related injuries or accidents involving the affected vehicles, which span six model-years and account for more than 200 billion travel miles," the automaker reported in its statement.

FCA will send letters to affected owners as soon as next week, and dealers will install upgraded software for the powertrain control module.

The automaker will also recall 490,000 vehicles for this issue in Canada, according to Transport Canada. There will also be an undisclosed numbers in Mexico and in certain markets outside of the NAFTA region.

FCA is recalling approximately 4.8 million vehicles to address a defect that could prevent the cruise control system from disengaging. Should this error occur, drivers may not be able to stop the vehicle by depressing the brake pedal or manually turning the system off once cruise control has been engaged. To stop the vehicle when this occurs, drivers would need to 1) shift the transmission to neutral, 2) forcefully apply the manual brake, and 3) place the vehicle in park once stopped.

Vehicle owners should contact FCA at (866) 220-6747 for additional information concerning this recall. Report potential safety issues to NHTSA by calling (888) 327-4236 or submitting a complaint online at NHTSA.gov. Affected models, as currently identified by FCA, are:

NHTSA urges all drivers to take the following three actions to stay informed of all current and future recalls.

Visit NHTSA.gov to find out if your car or truck is under recall. Search using your Vehicle Identification Number (VIN). Your search result will tell you if your car or truck is included in this or any other safety recall at this time. Vehicles scheduled for future recalls will not show up in this search, so it is important that you check regularly, at least twice per year.
If your vehicle does have a recall, call your local dealer to schedule the free repair. Be aware that in the Takata air bag recalls, there are priority groups; parts are only available for certain vehicles starting at certain dates.
Sign up at NHTSA.gov/Alerts to be notified by e-mail if your vehicle is affected by a future recall.
Stay connected with NHTSA: Search for open recalls with NHTSA.gov/Recalls | Download the mobile app for Apple or Android devices | Receive recall alerts by e-mail | Visit us onFacebook.com/NHTSA | Follow us on Twitter.com/NHTSA.gov | Watch 5-Star Safety Ratings crash tests on YouTube.com/USDOTNHTSA.

Statement: Software Upgrade
May 25, 2018 , Auburn Hills, Mich. - FCA US LLC is recalling an estimated 4.8 million U.S.-market vehicles to upgrade software in their Powertrain Control Modules. The upgrade addresses an unlikely sequence of events that would compromise cruise-control functionality.

The vehicle may also be stopped by shifting it into neutral and braking accordingly. Regardless of the mitigation strategy, the vehicle may be placed in park once it has stopped, at which point cruise-control is cancelled.

FCA US is unaware of any related injuries or accidents involving the affected vehicles, which span six model-years and account for more than 200 billion travel miles.

“Notwithstanding the extraordinary circumstances that must exist before a customer would experience a problem, we are taking this action because we are fully committed to vehicle safety,” says Mark Chernoby, Chief Technical Compliance Officer and Head of Vehicle Safety & Regulatory Compliance – NAFTA.

“We have a remedy and a widespread network of engaged dealers who are preparing to deliver service,” Chernoby adds. “We urge customers to follow the instructions on their recall notices.”

The remedy will be provided free of charge. FCA US will begin alerting affected customers as early as next week so they may schedule service appointments.

The Company advises affected customers to avoid using cruise control until their vehicles are equipped with the upgraded software. The recall, which is limited to vehicles equipped with automatic transmissions and gasoline-powered engines, involves:

Customers with concerns may contact their dealers or call the FCA US Recall Information Center at 866-220-6747.

Affected customers will be contacted accordingly. As in the U.S., customers driving the above vehicles are advised to avoid using cruise-control.