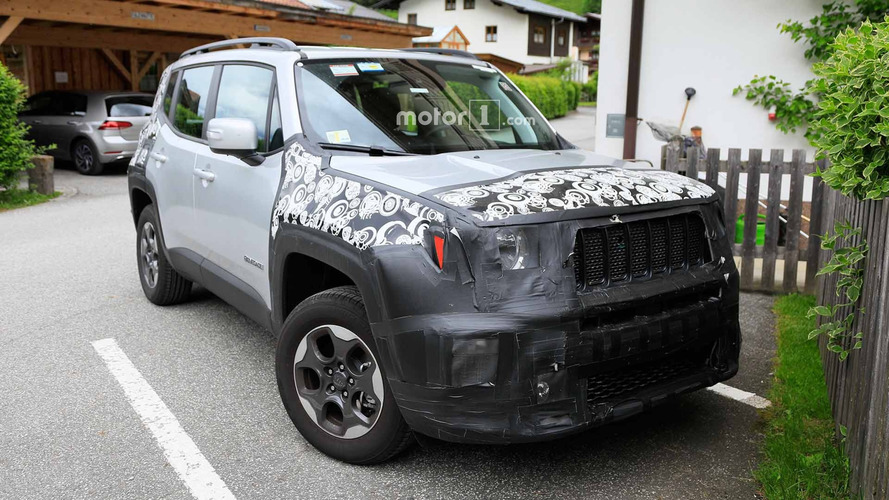 The biggest changes are up front, including revised headlights and updated lower fascia.

New spy shots provide a fresh look at the refreshed Jeep Renegade, and it's finally out of cold-weather testing like in all of the previous photos. The test mule now wears a mix of camouflage and tape to conceal the changes to the exterior.

Despite the concealment, it's clear that the refreshed Renegade has a heavily revised front end. It continues to look like the little SUV has more squared off surrounds for the headlights, even if the projector section remains circular. The design matches with a previously leaked image of the uncamouflaged front end. A hole in grille might be for a new sensor for more advanced driver assistance technology. The smaller inlet below the main one appears to be slightly larger and has a more squared off appearance. The fog lights appear closer to the intake in the lower fascia, and there seems to be new holes in the corners down there, too.

The adjustments to the rear don't appear to be as drastic.The camouflage around the taillights likely suggests updates for them, but the pieces on this test mule still look like the current parts.

While these photos don't show us the updated Renegade's cabin, a leaked image provides a hint of what to expect. The center stack features a larger infotainment screen and revised controls underneath.

Powertrain changes remains the biggest mystery about the updated Renegade. The current model is available with a 2.4-liter naturally aspirated four-cylinder and a 1.4-liter turbocharged four. Front- or all-wheel-drive layouts are available.

A debut date also isn't clear, but given the significant number of spy shots, development is likely nearing completion. Expect a debut before the end of the year. 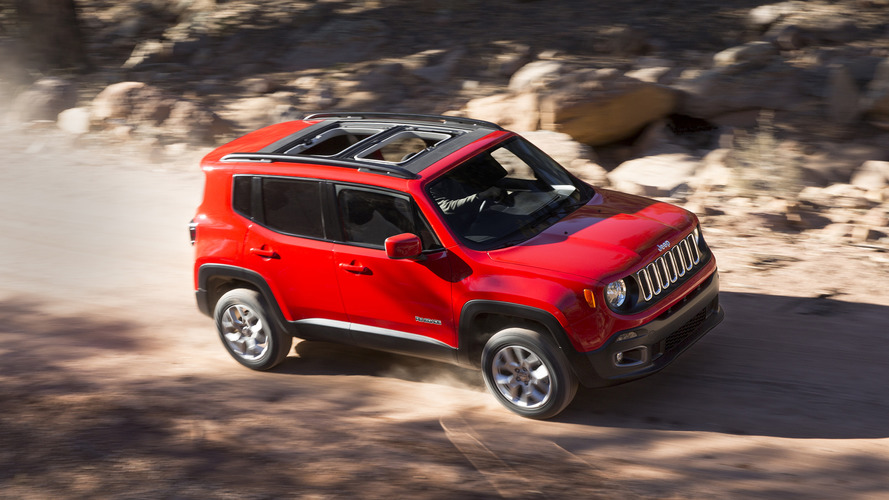