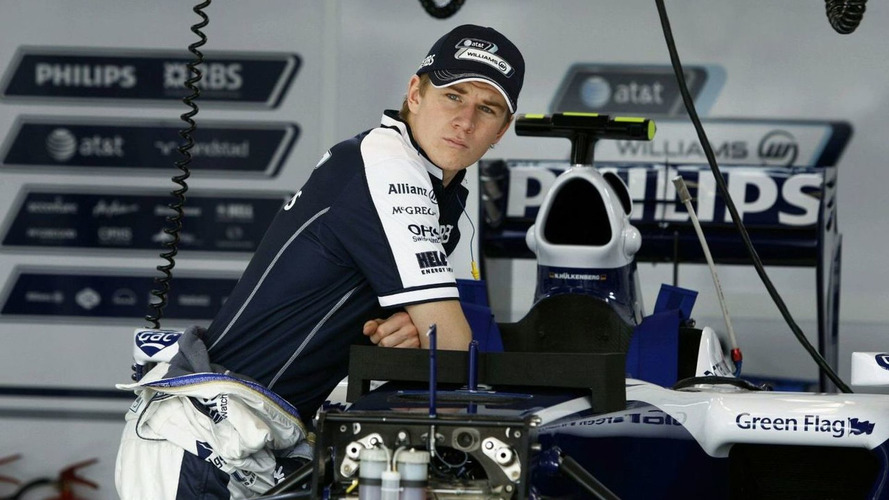 With just three races left to run in his rookie season, Nico Hulkenberg admits he is still yet to sign a new contract for 2011.

With just three races left to run in his rookie season, Nico Hulkenberg admits he is still yet to sign a new contract for 2011.

It is believed that while Williams has secured the services of veteran Rubens Barrichello for another year, the Grove based team is looking seriously at the $15 million in sponsorship offered by Hulkenberg's successor as GP2 champion, the Venezualan Pastor Maldonado.

That would leave 23-year-old German Hulkenberg without a seat, despite arriving on the F1 grid just seven months ago with arguably a more impressive formative racing record than Lewis Hamilton.

"I'm doing my job and I'm confident about what I'm doing," he is quoted by the German-language Speed Week.

"I cannot do more. I would like to stay with Williams because I believe next year's car will be competitive, because I feel comfortable in the team and get along with my teammate very well.

But the British tabloid The Sun believes dramatically that the 'Hulk is facing incredible axe', with Force India's Adrian Sutil also linked with his seat and reportedly offering $3m in backing.

Another report in the Evening Standard recently said Williams' combined losses in the past five years amount to more than $9 million, with profits falling 50 per cent last year on top of millions in debt.

Williams' minority co-owner Christian 'Toto' Wolff is known to be a keen Hulkenberg supporter, but he admits the team's driver situation is presently in the air.

"At the moment everything is possible -- we are currently trying to get as much information as possible," he said in an interview with motorline.cc.