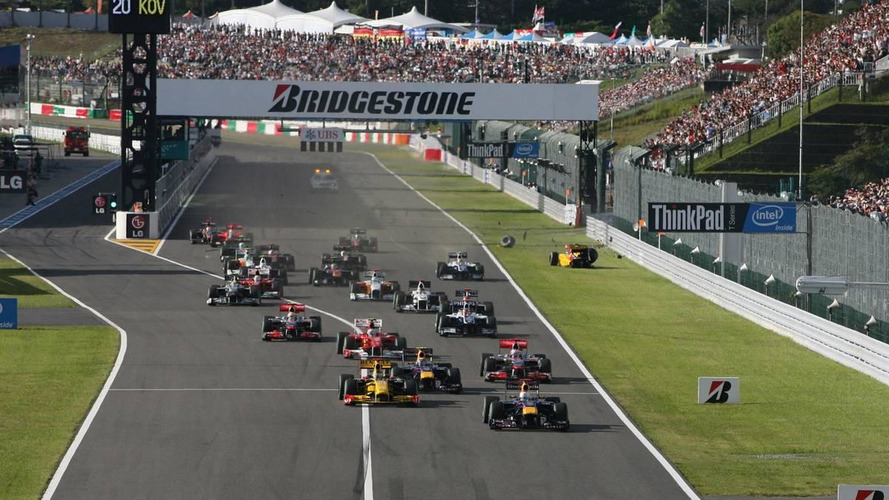 After Sunday's condensed action in Japan, the idea of reducing a grand prix weekend to just two days is back on the agenda.

After Sunday's condensed action in Japan, the idea of reducing a grand prix weekend to just two days is back on the agenda.

It is believed the proposal is once again being discussed by team bosses, after Sebastian Vettel earned pole position just hours before winning the Suzuka race.

Qualifying in Japan had to be rescheduled due to Saturday's torrential rain, highlighting the sport's ability to cope with all its practice and qualifying sessions without needing a full three-day schedule as at present.

"From the team's perspective it is quite intense, a lot of adrenaline, a lot of pressure," said Ferrari team boss Stefano Domenicali when asked whether a two-day schedule makes more sense for today's F1.

"And then if you have a problem with the car or a crash, then it is very difficult to make sure that you are able to start the race.

"(But) it would be interesting how you (the media) and the public will think about it," he added.

Red Bull's Christian Horner also commented on the concept of a two-day weekend.

"I think the format worked well in two days (in Japan) because of the bad weather," he is quoted by France's L'Equipe. "What we could possibly do is condense what happens on a Friday.

"Personally, I would prefer to keep qualifying on a Saturday and the racing on Sunday, but there are certainly things we could do with Friday.

"One example would be with the young drivers. (And) everybody arriving at the circuit on a Wednesday makes no sense.

"We need to discuss it with the FIA and FOM," added Horner.