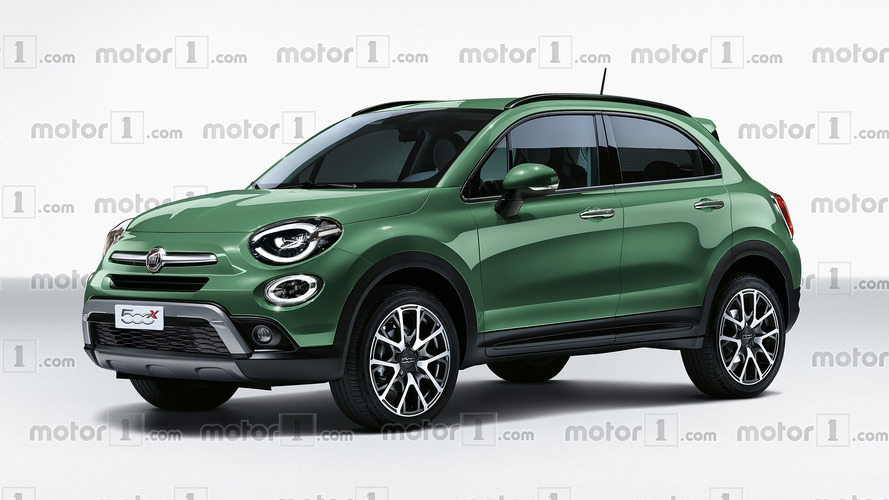 The small SUV will be getting the same design upgrades as the regular 500 facelift.

Fiat is set to unveil a big update in its strategy next week, which is rumored to include a major shakeup in the company’s production plans. According to a recent report, the automaker will end the Italian production of nearly all its vehicles, except for the Panda and 500 in all its versions.

Namely the 500 in its rugged high-riding variant is scheduled to receive a facelift by the end of the year, and we won’t be surprised if it makes its official debut during the Paris Motor Show later in 2018. The attached renderings preview what is expected to be a quite minor refresh for the model. Still, it will be a more noticeable facelift than the last update for the 500X, which brought a number of new color options and a larger touchscreen display in the cabin.

The new mid-cycle update will go beyond colors, and will include a revised front fascia with redesigned headlights and new circular daytime running lights, as previewed by our exclusive virtual drawings. The square fog lamps in the lower part of the bumper will be replaced by new round lamps. A set of more stylish LED taillights with a central section painted in body color will be the only new design element at the backside.

We’ve heard Fiat could give its small SUV a new eight-speed automatic gearbox, as well as a 2.0-liter turbo gasoline engine, most likely only for the U.S. market. In Europe, expect to see 1.6-liter naturally aspirated and 1.4-liter turbo gas units, as well as 1.3- and 1.6-liter diesels.

As far as the interior is concerned, don’t look for big improvements, as only some trims and materials will be replaced for a higher-quality overall feeling. A new infotainment system with even larger display could be in the works, too, but nothing is confirmed.