In return, Toyota will make and sell Suzuki-developed cars.

Back in February last year, Toyota and Suzuki signed a memorandum of understanding to explore opportunities regarding “environmental technologies, safety technologies, information technologies, and mutual supply of products and components.” Fast forward to present day, the first fruits of the joint venture are being revealed as the two Japanese automakers have inked a deal to work on several important projects.

How Suzuki and Toyota got together: 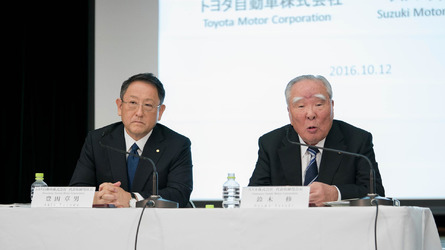 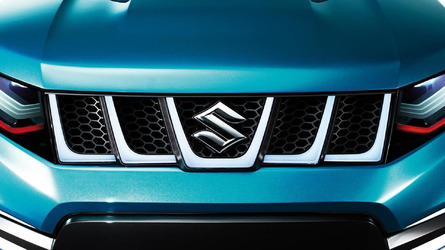 The two parties haven’t worked out all the details just yet, but they’ll be discussing these topics in the near future to make it all happen. While the main focus seems to be on the Indian market for the time being, the partnership could grow to have a wider impact in the years to come.

Speaking about the tie-up, Toyota president Akio Toyoda declared: “As members of Indian society, Toyota, along with Suzuki, will do its best to enhance freedom and fun in a future society of mobility and to make "Make in India" vehicles cherished in Africa and in many other countries around the world.”

His sentiments were echoed by Suzuki chairman Osamu Suzuki in a statement: “It is my hope that the new joint projects will contribute to the future success of both companies, not only in India, but also in the global market.”

Toyota Motor Corporation (Toyota) and Suzuki Motor Corporation (Suzuki) have agreed today to start discussing new joint projects in the fields of technological development, vehicle production, and market development. After having concluded a memorandum of understanding toward business partnership on February 6, 2017, Toyota and Suzuki have been pursuing concrete forms of cooperation and have announced the mutual supply of vehicles for the Indian market and other joint efforts. Meanwhile, the two companies have also been broadening the scope of their partnership considerations to include joint efforts related to production and market development.

Details related to the above are to be discussed going forward.